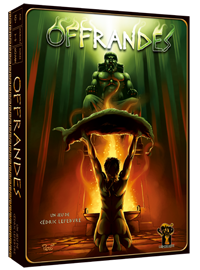 The year is 430 BC. Peloponnese, Greece. The Archidamian War rages between two great cities, Athens, the democracy and Sparta the oligarchy. Delos, Thebes and Corinth are the potential allies that bring extra forces in this endless confrontation. In June, a new calamity, the plague decimates Greek cities. The cities understand that they will only survive thess troubled times with the help of their gods.

Play one of the five Greek cities and gain the Gods’ favors to escape adversity.

The players have to make ritual sacrifices of animals to the Olympus Gods, on the altars of the temple, in order to gain their favors.

The game is played on three game boards, where 7 various characters are present. You can bid to get them. For each character, you can take on up to 5. The more farmers you have, the more valuable animals you can offer. The number of animals you can sacrifice depends on the flowers and water carriers. The temple guardians give you access to the more important altars, while the priestess  give you bonuses. At last, you will be able to corrupt your opponents’ characters thanks to the briber, but beware their soldiers.

The characters are put up for auction in twos classically. The last bidder wins the pair.

Once all the players have started an auction phase, corruption happens and some players can « steal » characters to others.

The game ends when all the altars are full of animals. 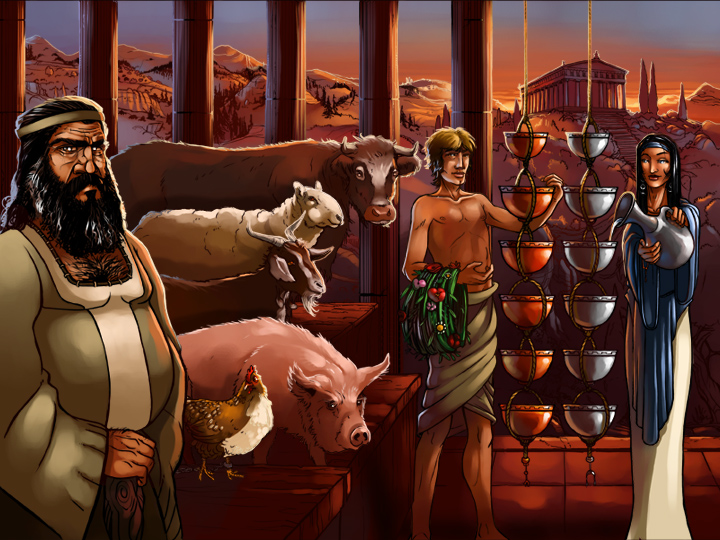 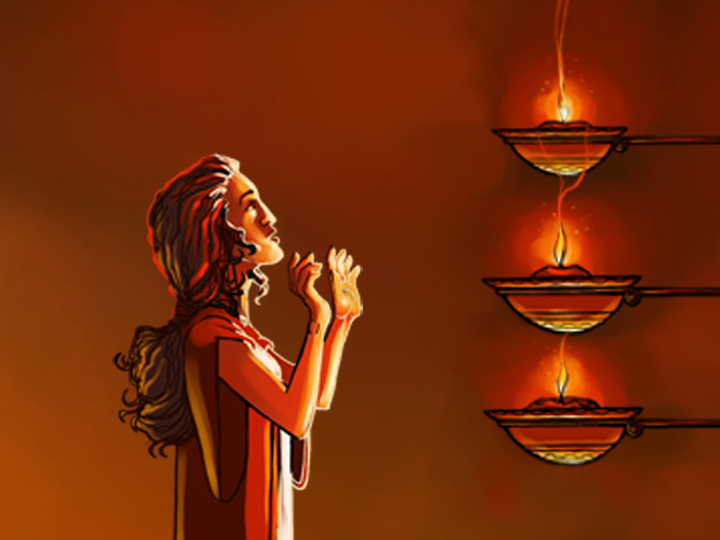 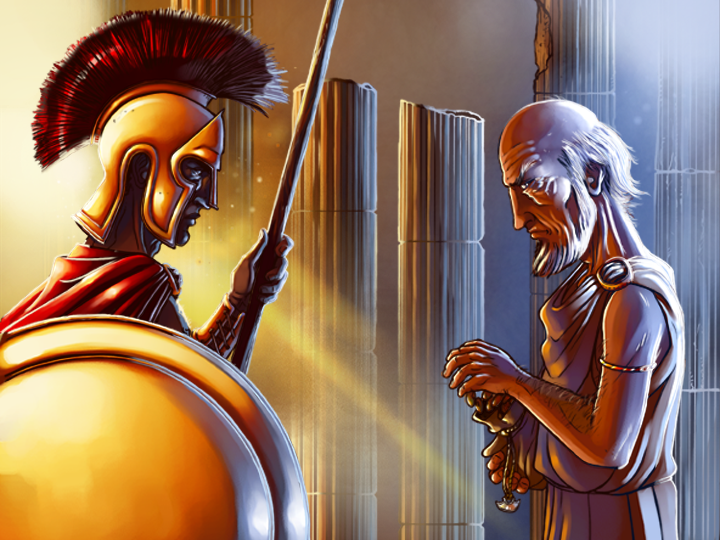 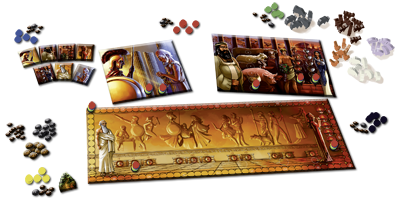 A demanding and competitive auction game, with amazing contents.