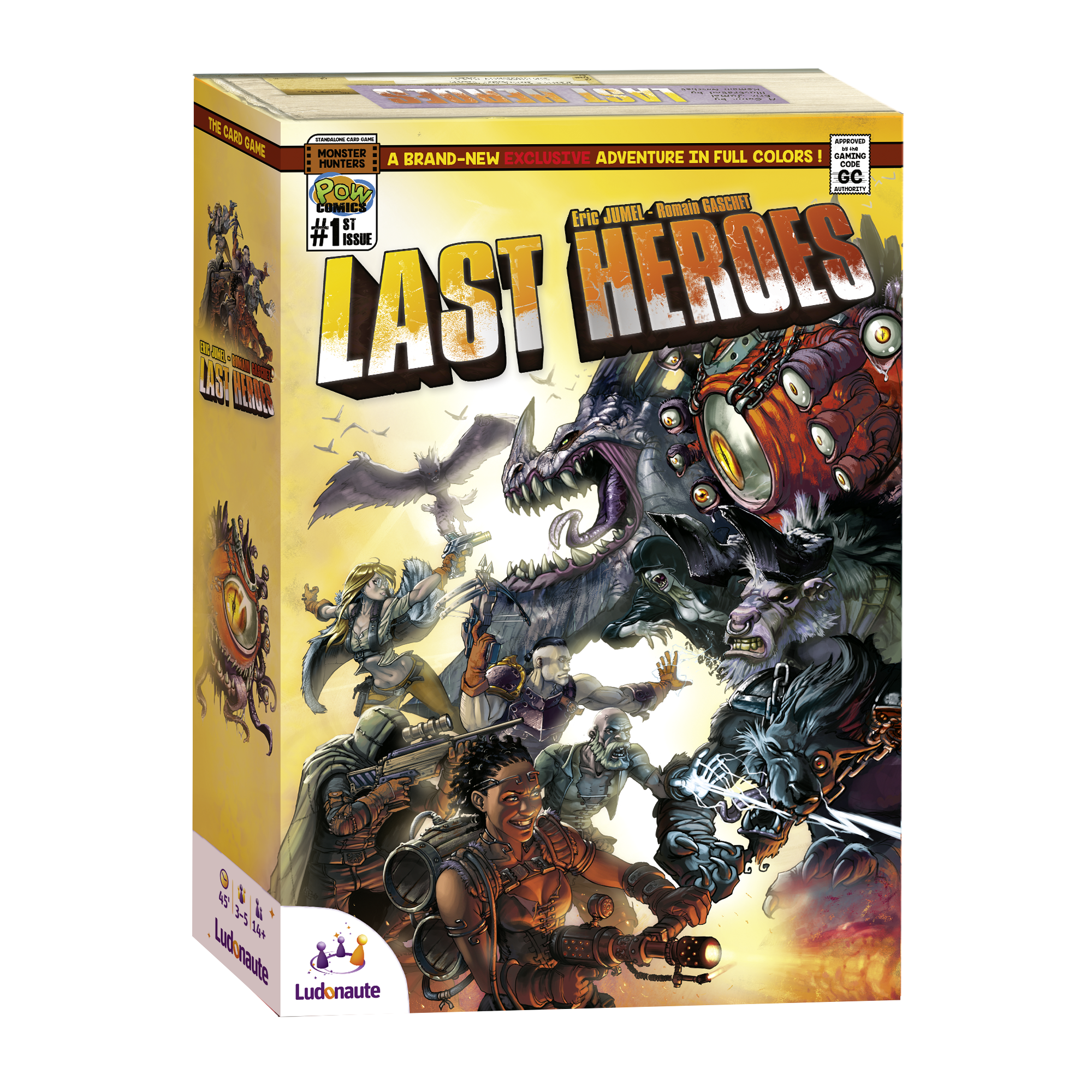 The portal between the kingdom of Limbo and Earth has just opened. Chaos sends its hordes of minions to sow terror ans desolation on our planet. A group of men and women set themselves the goal of protecting Earth.

They are called the Last Heroes. Your squad, consisting of Blind, Echo, Ace, Silent and tank, has been called urgently.

The portal will only be open for 10 days. The is the time you have to repel this assault of Chaos.

The horde is led by Lieutenants. Each of them has an Artefact with a very high magic power. If you gather them, you will be able to close the portal. 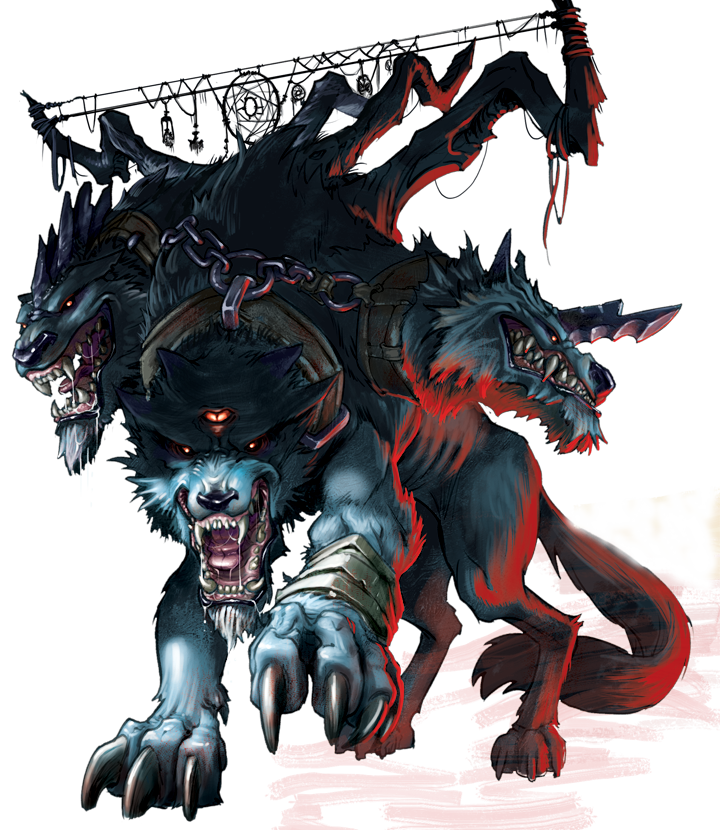 Fight the monsters alongside your partners. Take advantage of the breaches opened by your squad, to reach the Lieutenants, bearers of the Artefacts. If all the Artefacts are assembled the Horde is sent back into Limbo. Otherwise, try to eradicate as many monsters as you can during the ten turns.

Kill as many monsters as possible  and get the Artefacts. It’s up to you to take advantage of the situation as only the most valiant Hero will be rewarded. les Artefacts. À vous de tirer votre épingle du jeu, car seul le Héros le plus efficace sera récompensé.

The Battlefield is made of 3 rows of Monsters: Level 1, Level 2 and the Lieutenants in Level 3. There are as many columns as the number of players. 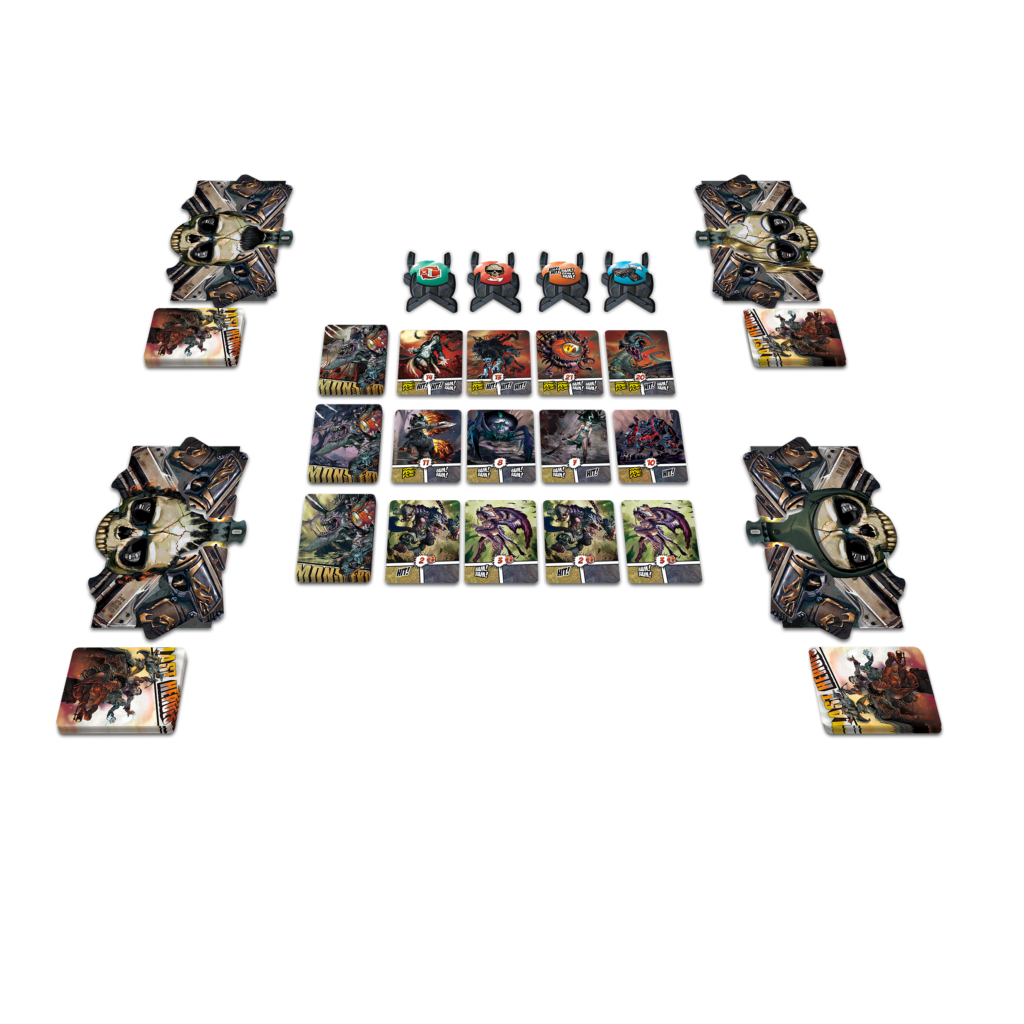 Each player has 10 cards in hand at the beginning of the game. At your turn you must choose a card from your hand and play it in one of the two following ways:

it is an Ammo, shared with the other players.. 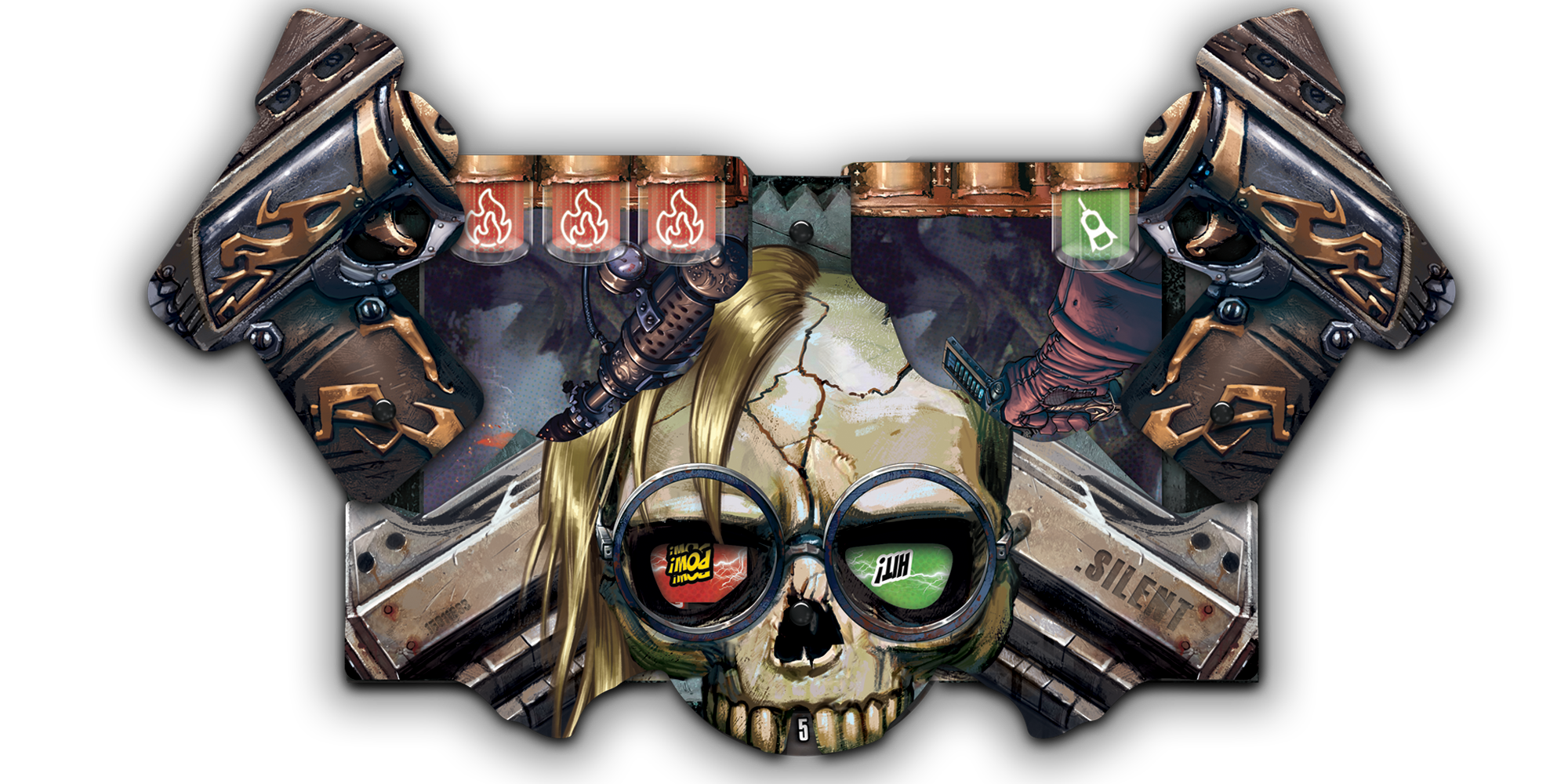 In front of you,

it is a Loaded Weapon, provided that there are enough Ammos available in your Magazine and the other players’ one. 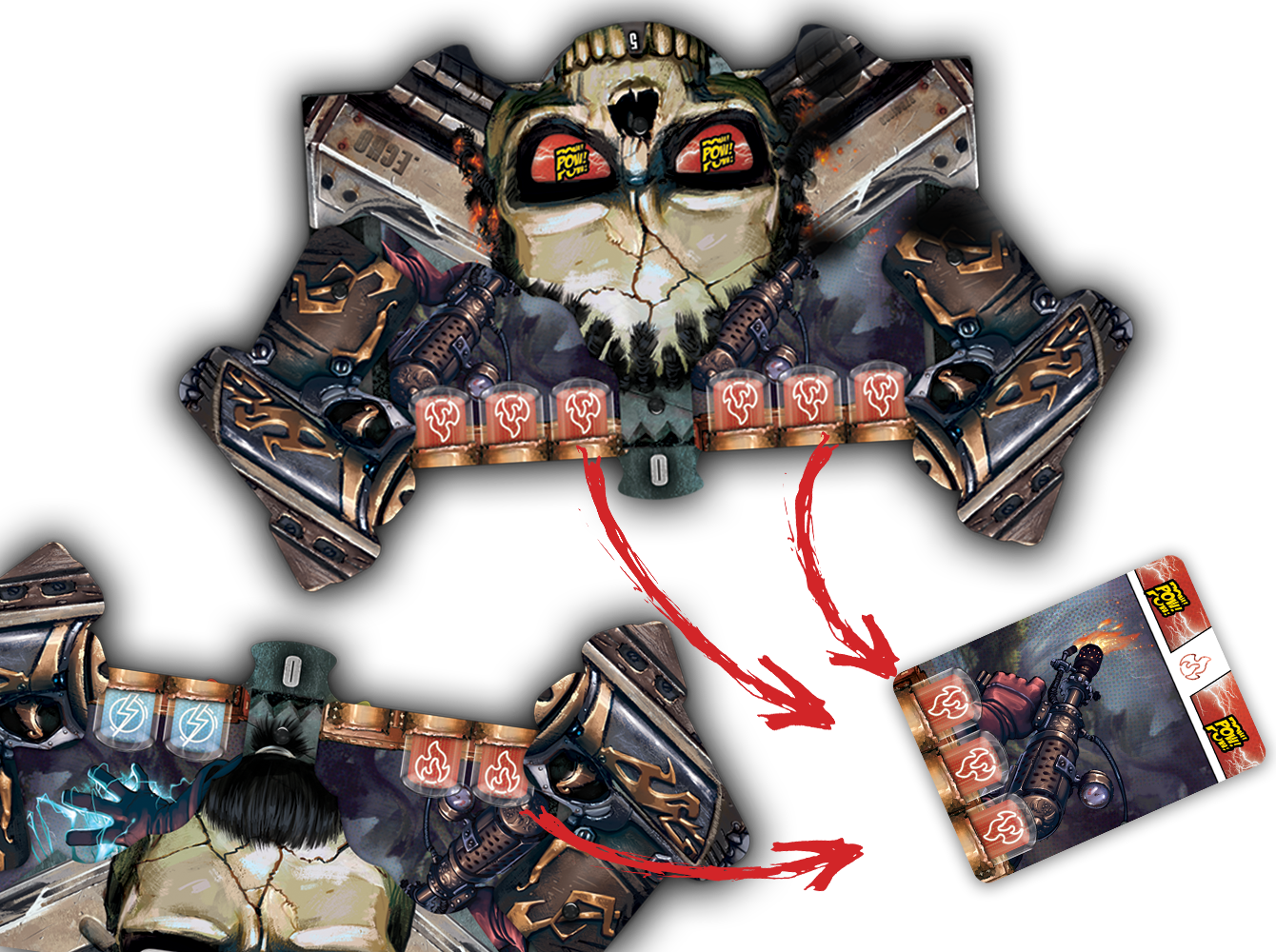 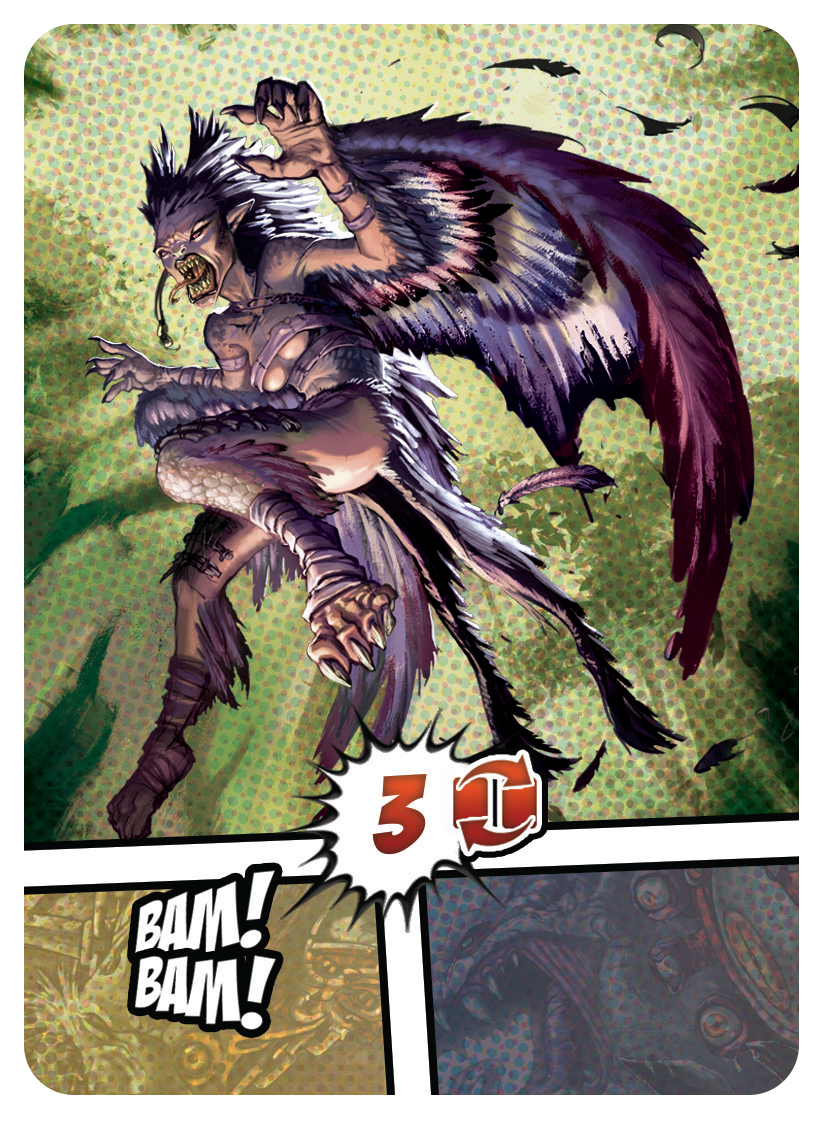 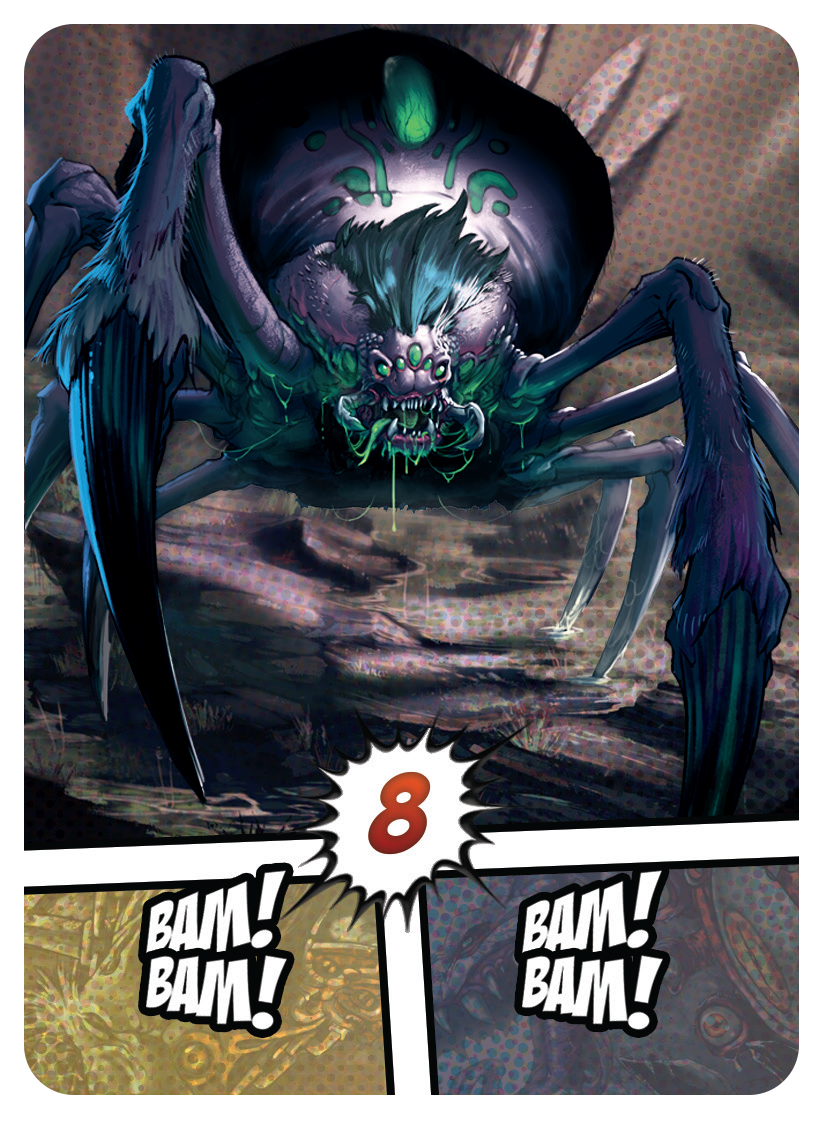 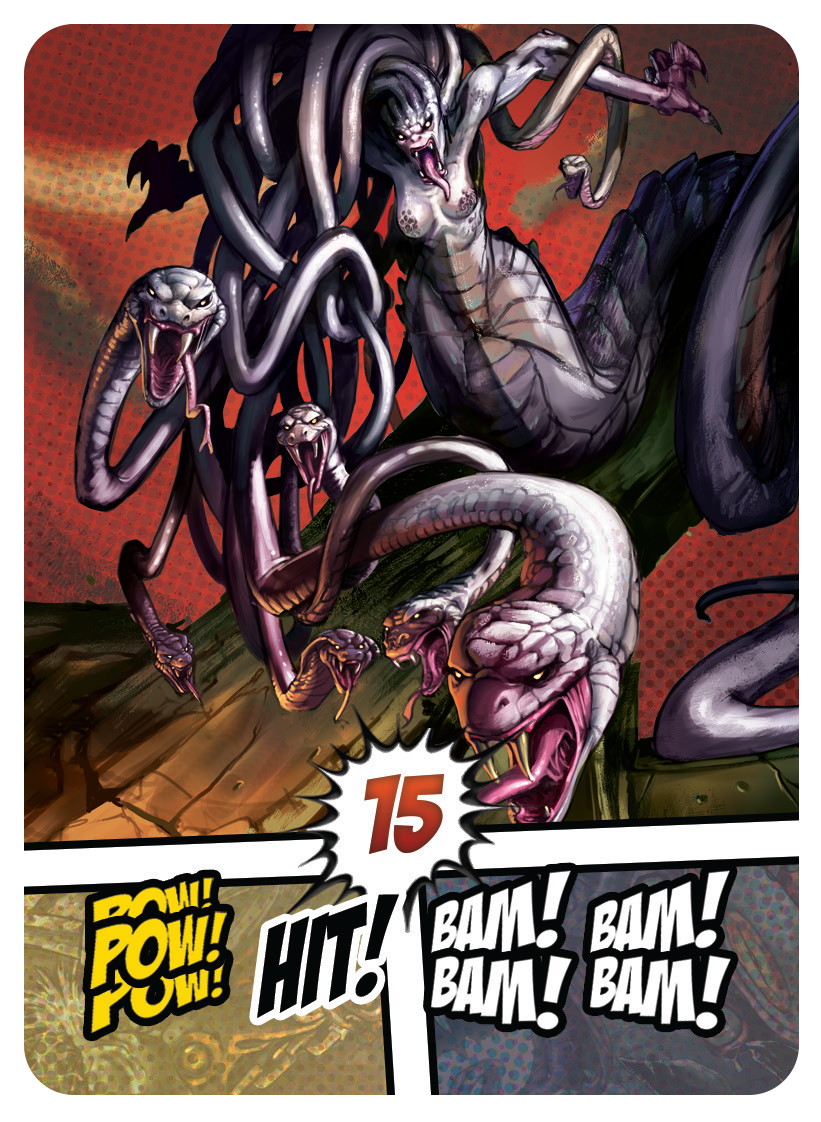 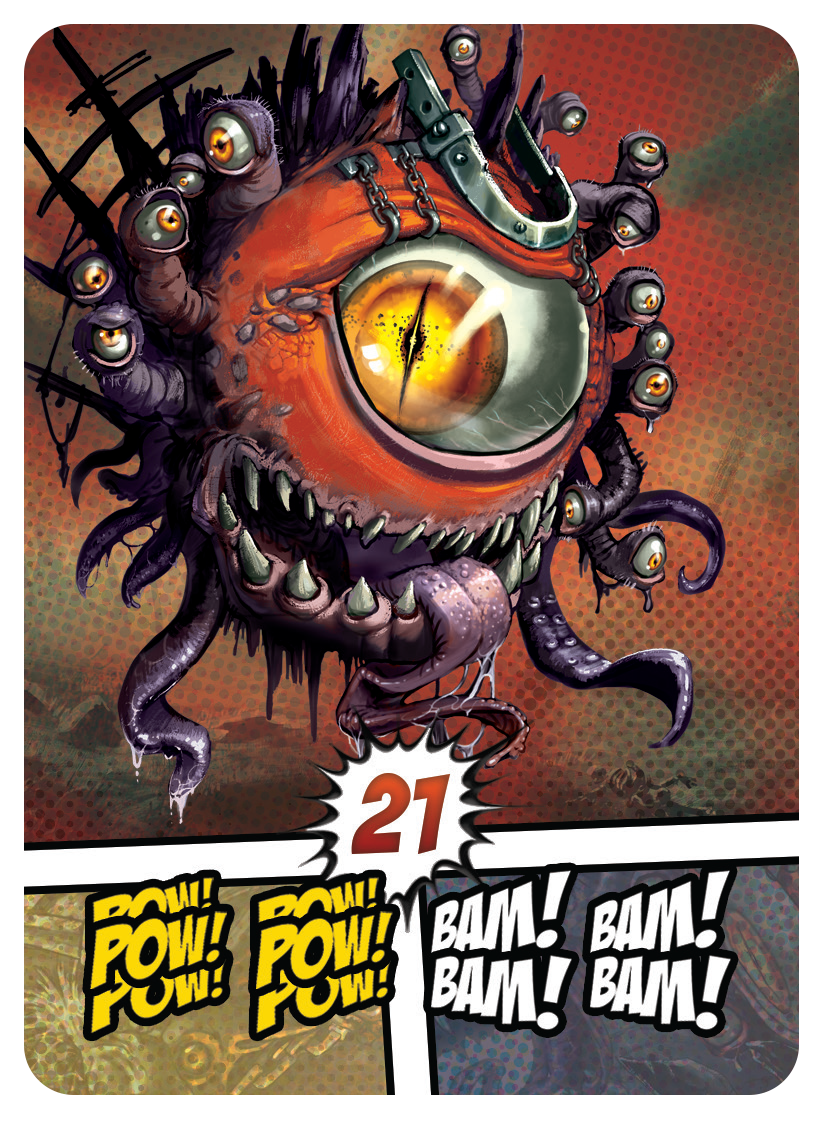 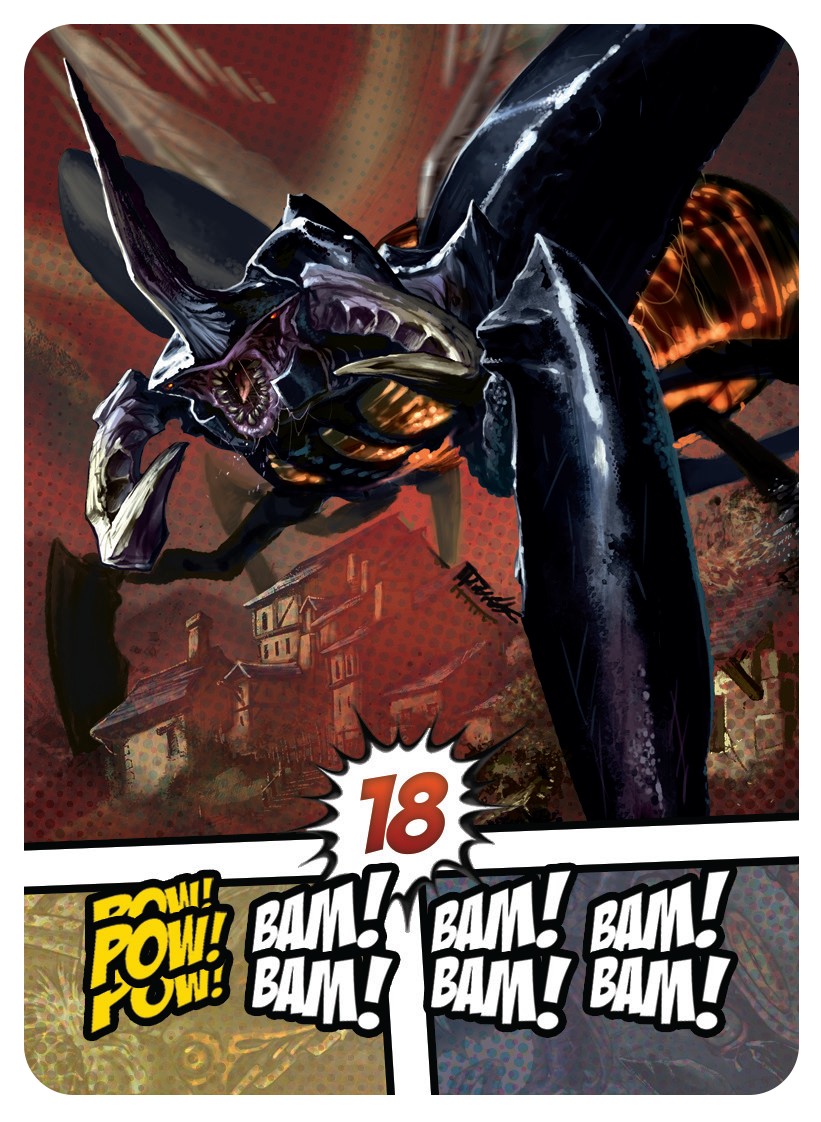 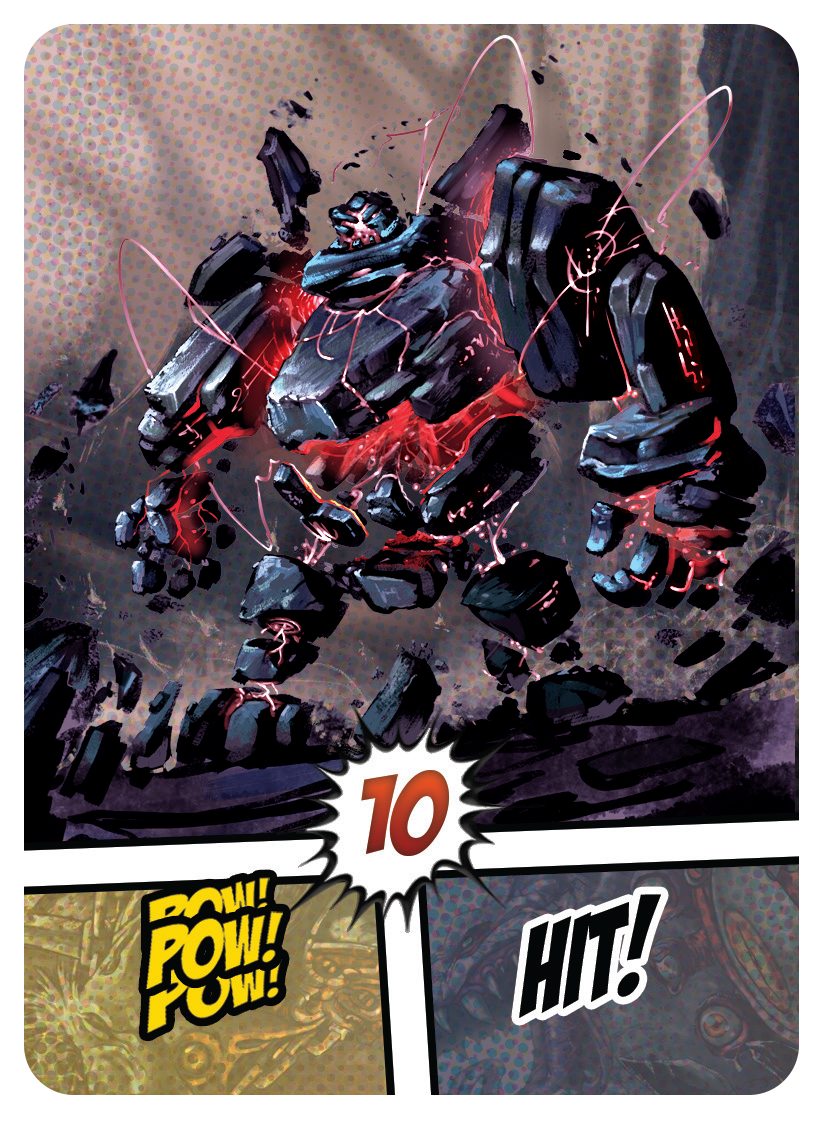 Then you can kill a Monster.

To do so, you must have one loaded weapon for each Impact symbol shown on the targeted Monster card.

Each Monster gives you victory points. For instance, the Giant Snake is worth 20 points. 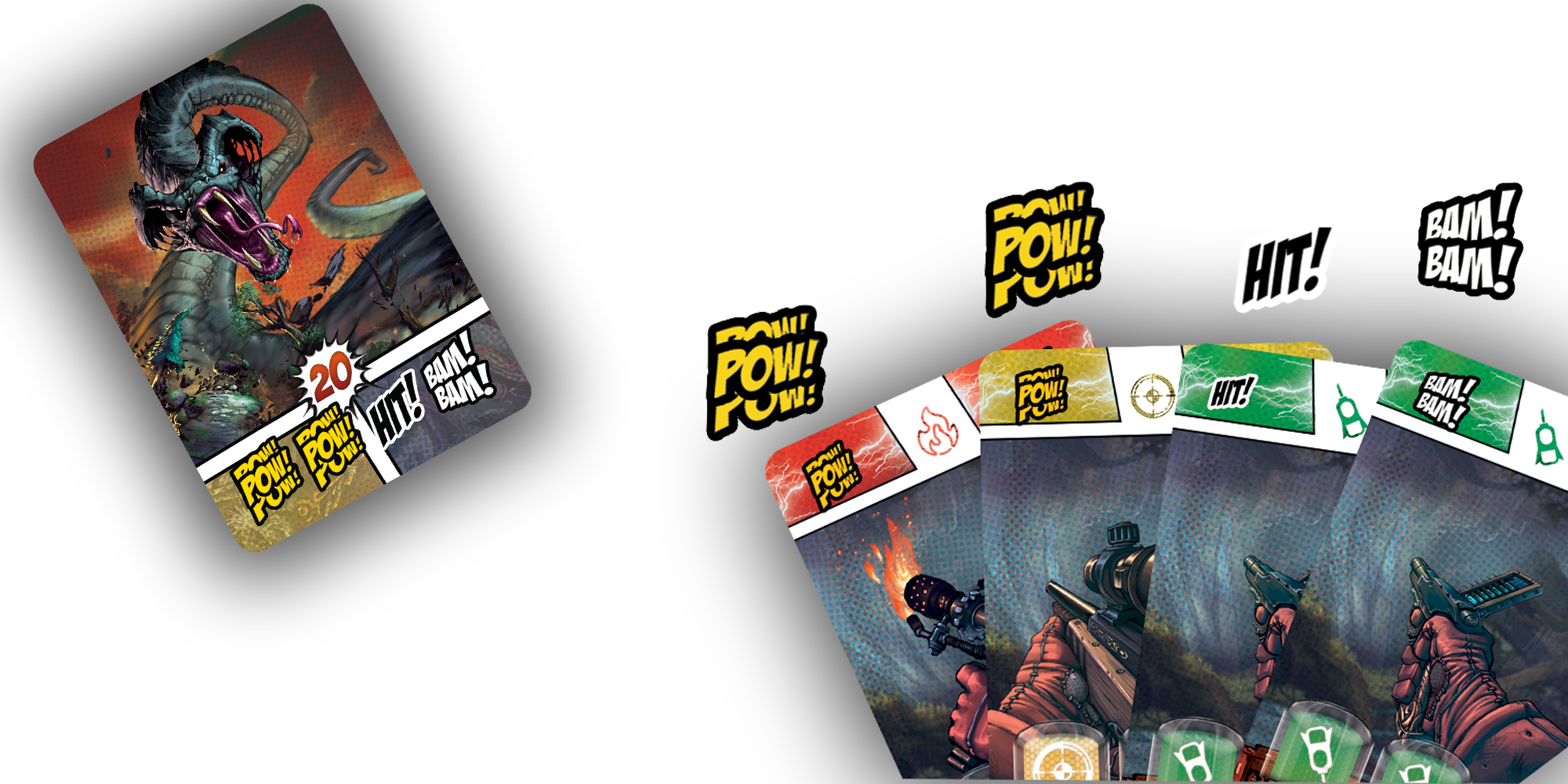 When a Level 1 or Level 2 monster is killed, the next Level Monster becomes easier to kill. The Impacts on the dark area are not required anymore.

Yu co-operate with your opponents to kill as Monsters as possible and reach the Artefacts.

The Artefacts give you a Bonus, they are worth 5 points at the end of the game if all of them have been recovered. 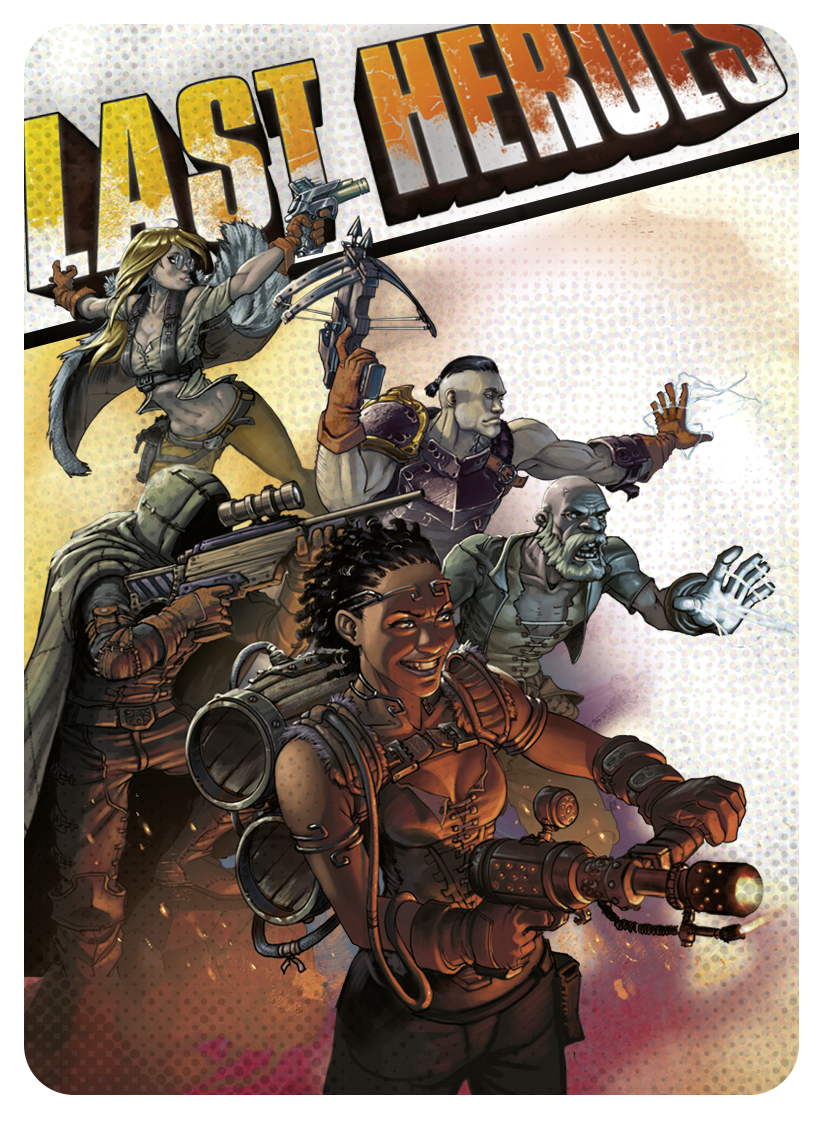 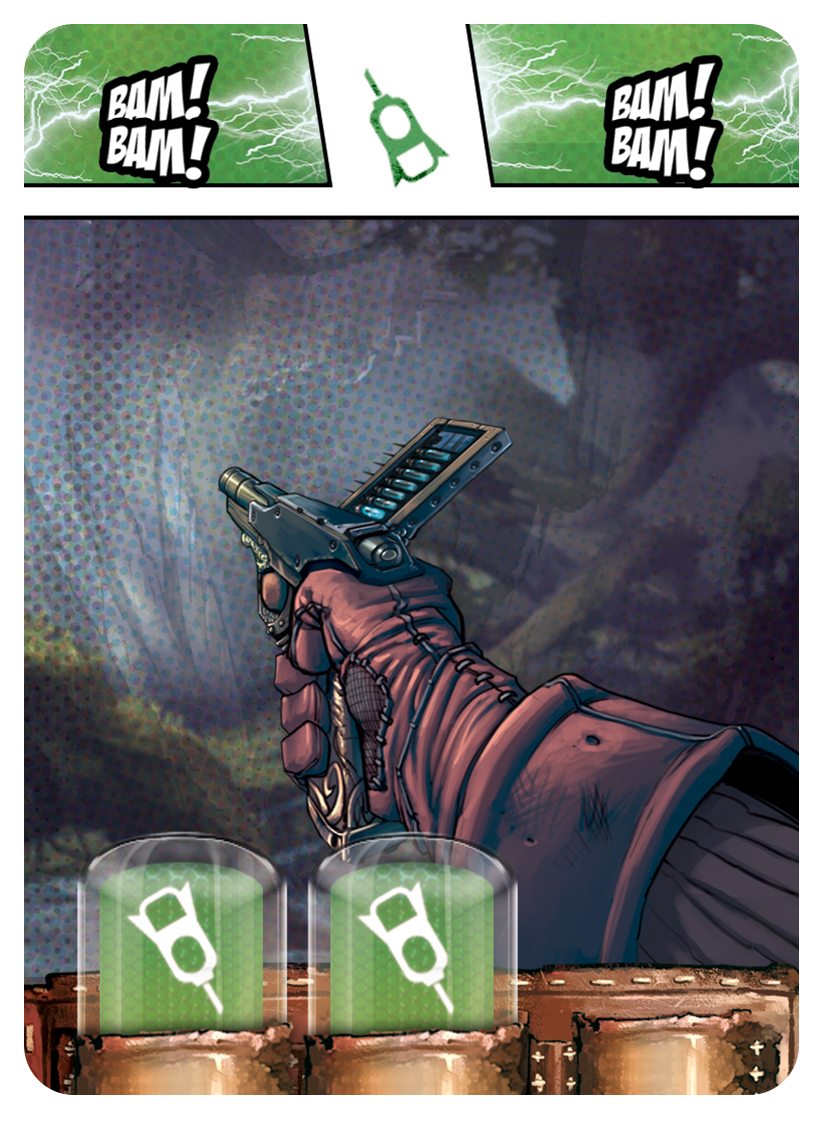 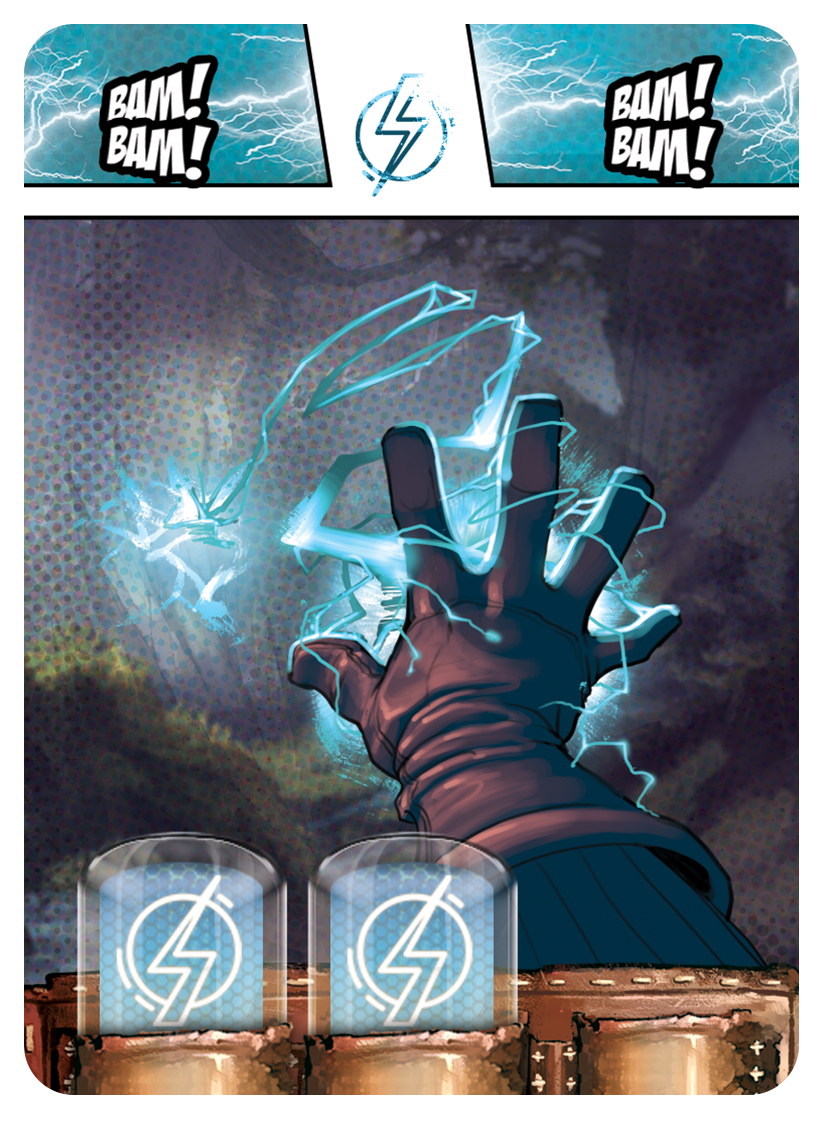 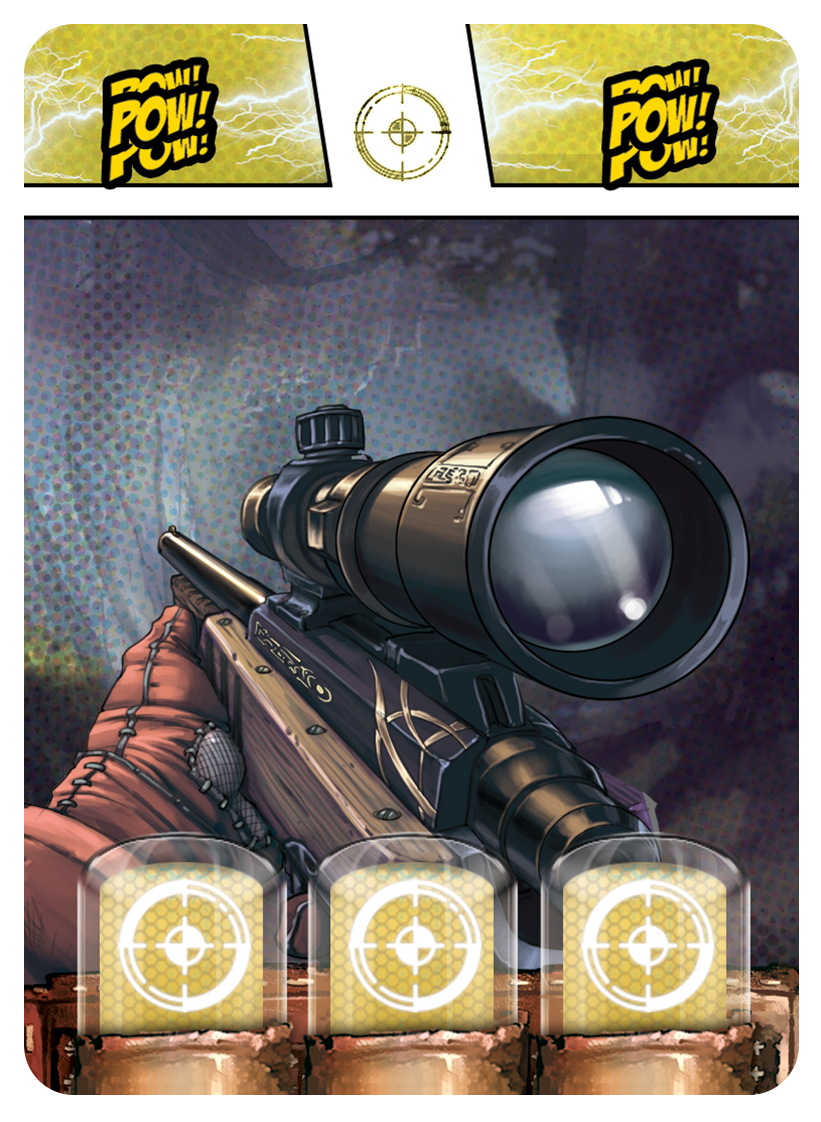 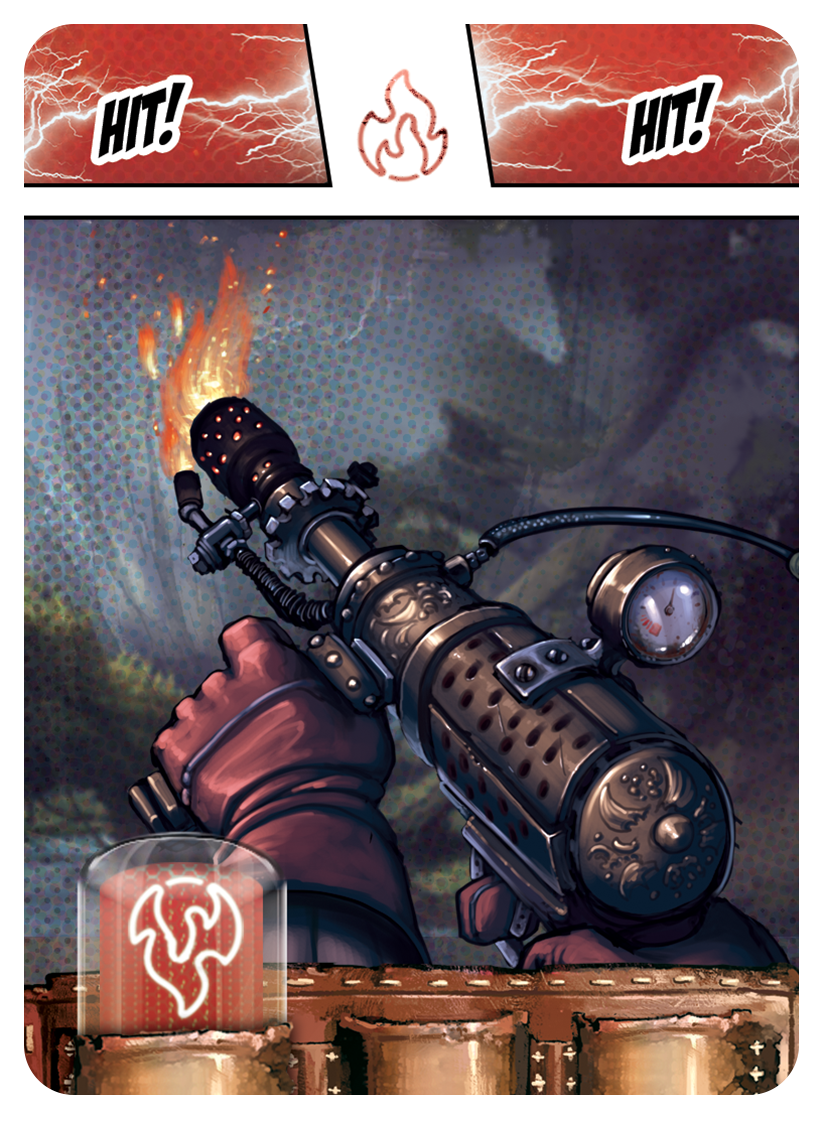 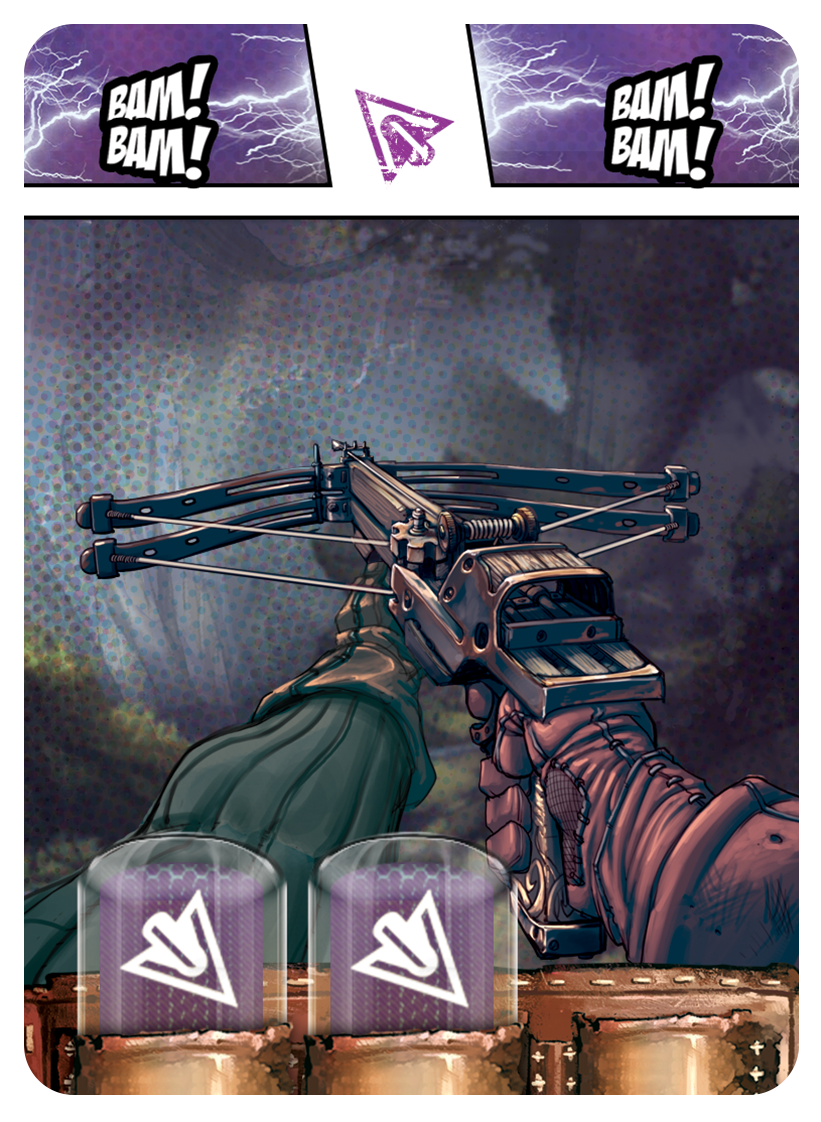 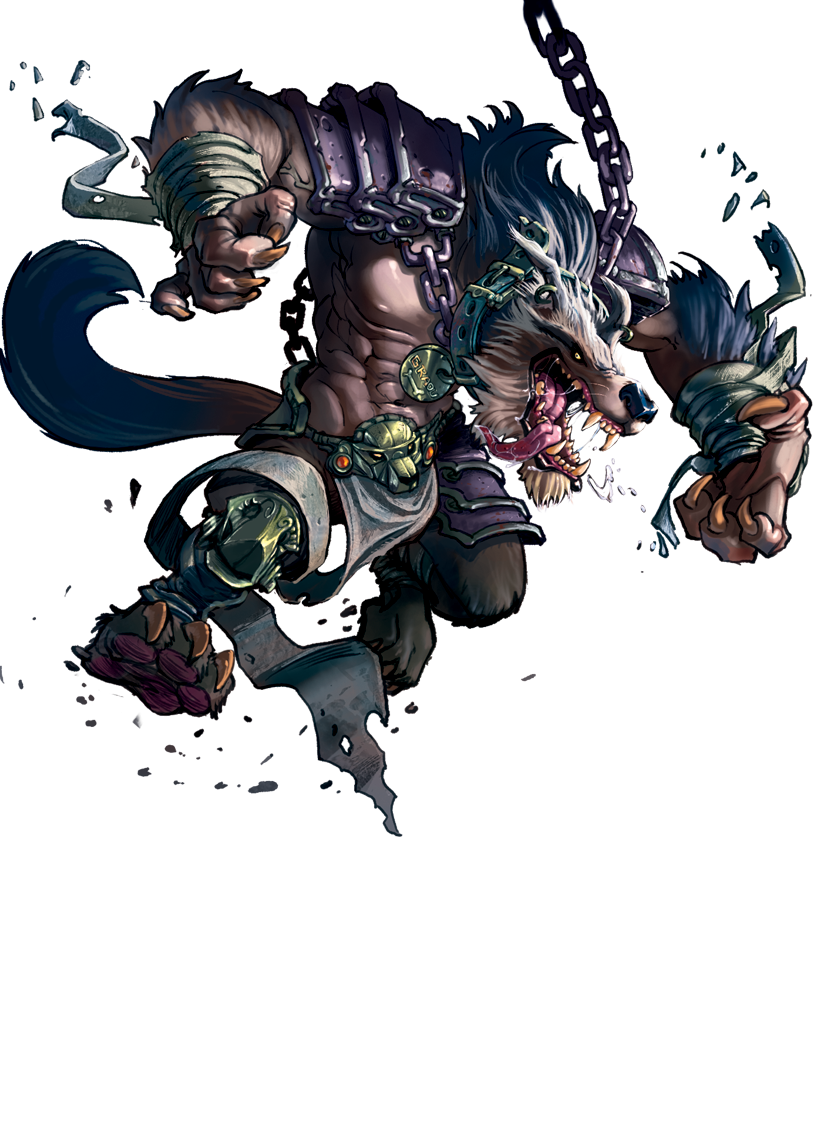 End of your turn

If one or both cards of your Magazine are empty at the end of your turn, you loose one point per empty card.

You have everything to gain to co-operate with your opponents.

The game ends when all the Artefacts have been recovered of after 10 complete rounds. The player with the highest number of victory points is the winner. 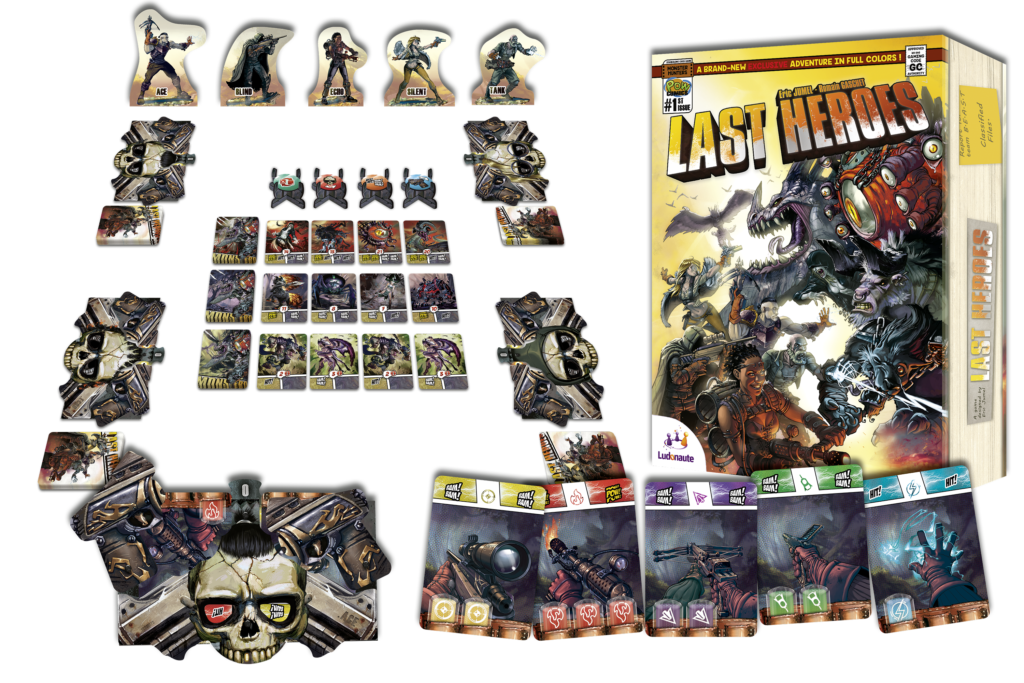 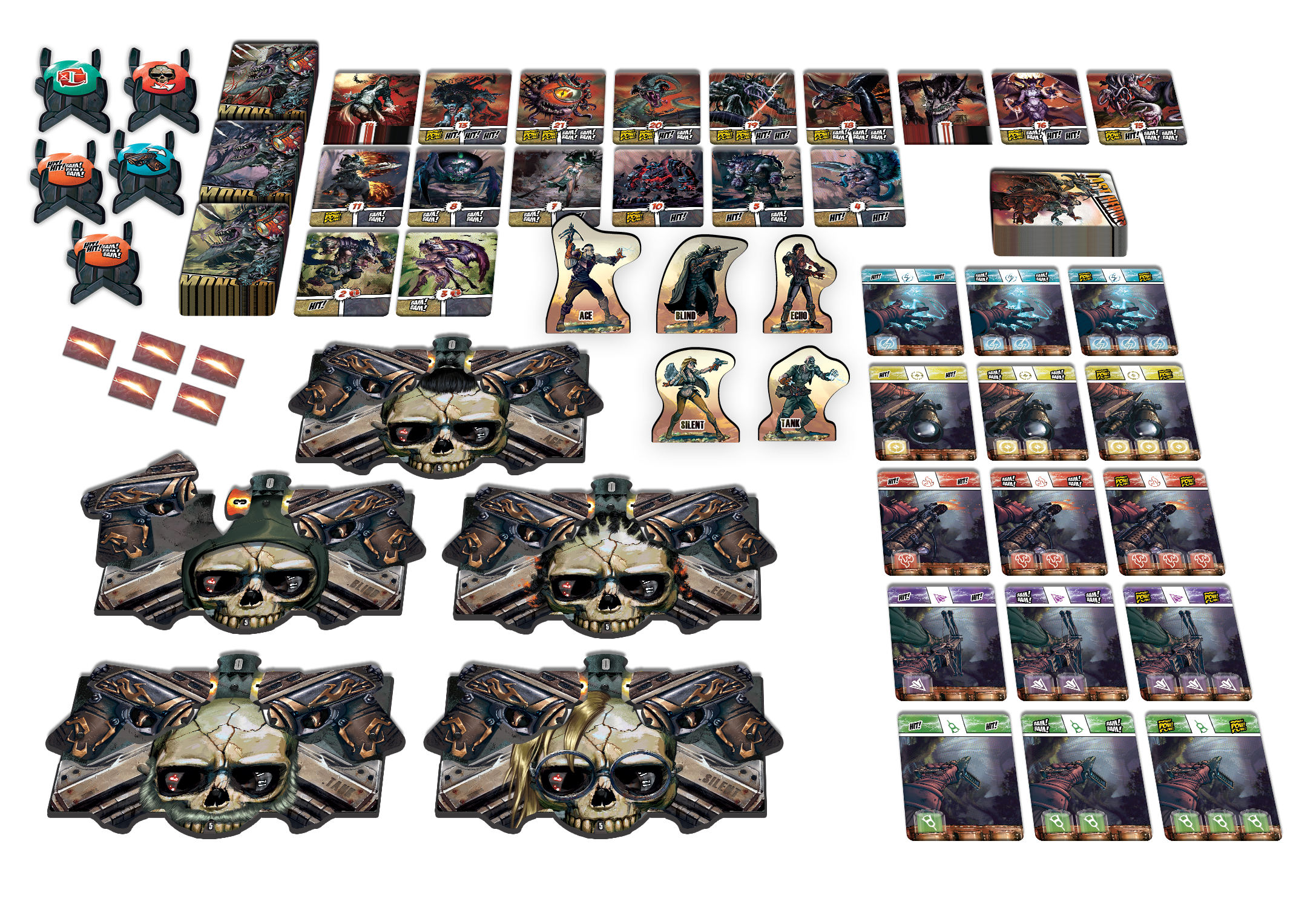 How to assemble the Magazines?