Yggdrasil, a cosmic ash tree that supports the nine worlds, is in jeopardy. As the Ragnarök approaches, the last battle, the Gods against the Evil forces, predicted since the dawn of time, is starting now.

As a God of Asgard, your only aim is to repel the Evil Forces in order for Yggdrasil to survive this universe at war. 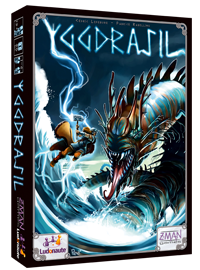 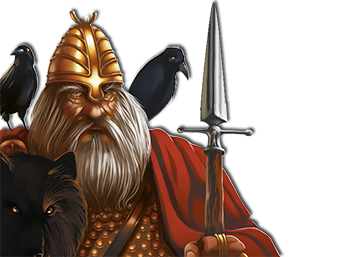 You play the Norse Gods and you must repel your Enemies out of Asgard, your world.

During your turn, you can perform 3 actions among the 9 at your disposal, each one corresponding to the 9 worlds of Yggdrasil. For instance, you can get weapons from the dwarves, look for vikings’ souls, fight against the enemies or the giants, ask for the help of the elves or the vanir.

Moreover, each player has one personal power, which is unique and helps him to play. 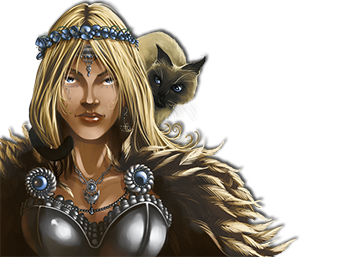 If the enemies move forward too far in Asgard, the game ends and you all lose. If you stand firm until the end of the enemies deck, you win the game all together. 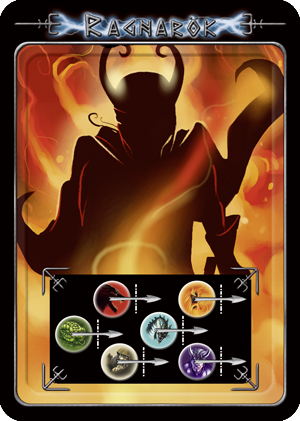 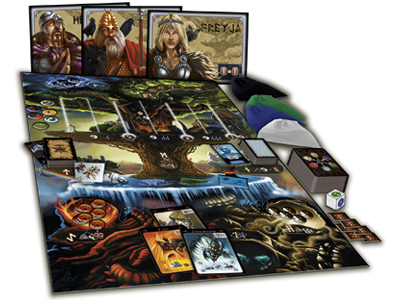 Yggdrasil is a co-operative and epic game in which you are powerful Norse Gods. Fight together the impending coming of the Evil forces in Asgard.

Asgard is an expansion for the co-operative board game, Yggdrasil. This expansion cannot be played without the base game. Asgard offers the Gods a new action, the Trance. When a God is in Trance, all the Gods get a new power, the Trance power. The expansion contains 12 Gods, the 6 Gods of the base game plus 6 new Gods. Each one of them has now a Personal power and a Trance power.

Thanks to this new action, the Trance, a God can give all the Gods (included himself) a powerful capacity. In compensation, this God cannot perform an action in Asgard until this Trance power is active, nor use his peronal power. 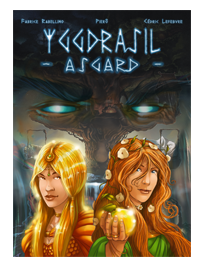