A new expansion that brings a breath of fresh air to the worldwide famous game Colt Express. 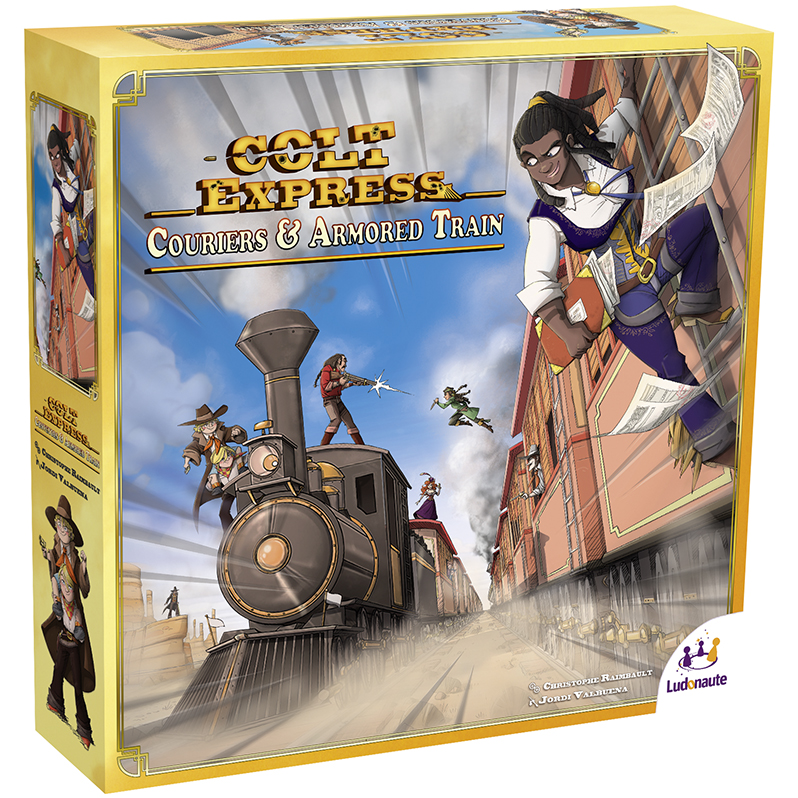 When the train of Colt Express meets the Union Pacific which carries precious top secret documents, our famous bandits don’t hesitate for a second… They jump from train to train and play as a team to rob them all. But beware, the Couriers roam and the Gatling guns on the roof do not bode well.

This new expansion for Colt Express has a lot of new features! A second 3D train with special cars, Gatling guns on the roof, 2 new bandits with their new powers, a double team mode with or without betrayal, and an AI Bandit to allow you to play even when you are in odd numbers. But above all, it brings so much fun!

Two trains is twice as likely to finish in the wealthiest Team… As long as you are on the right train at the end of the game! 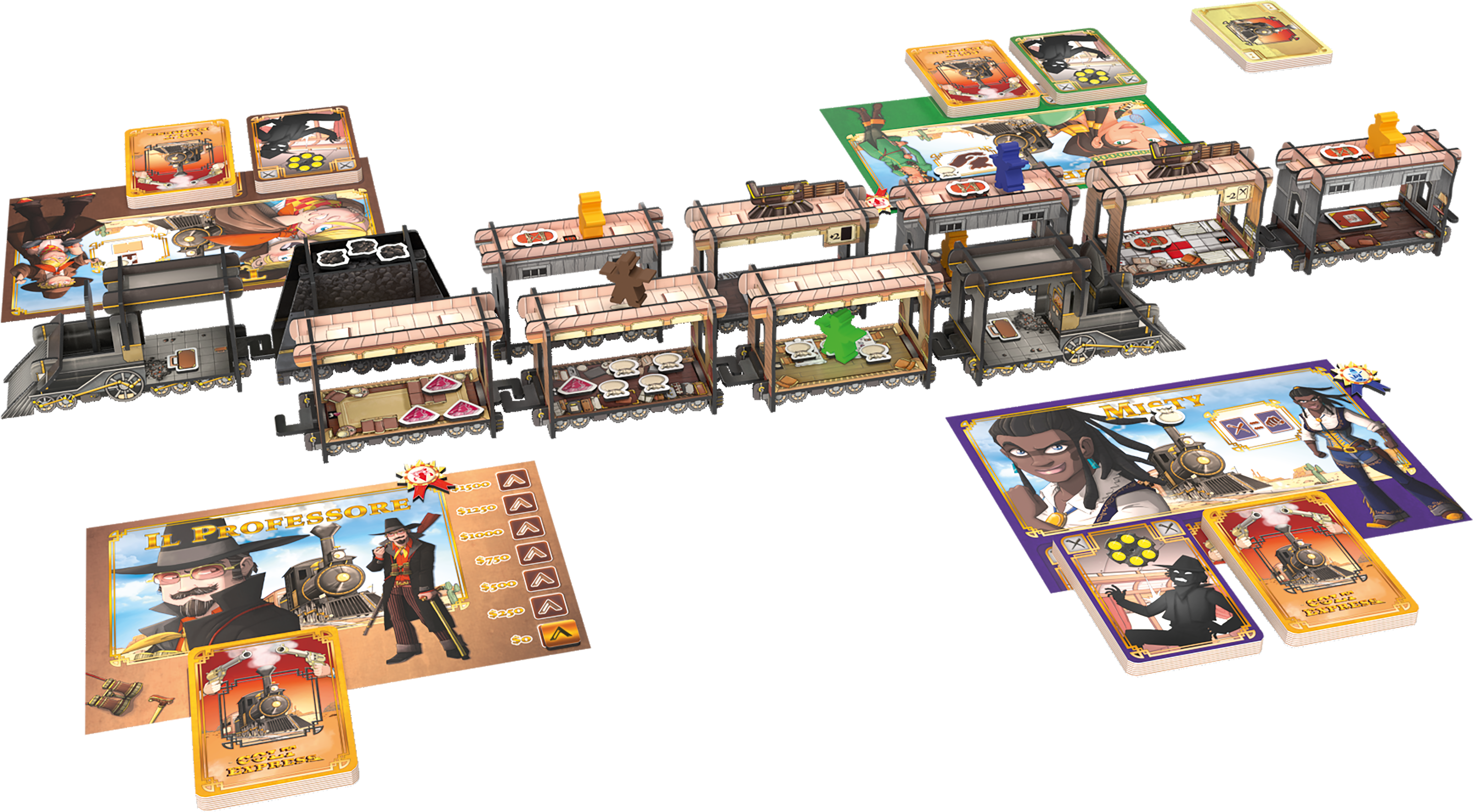 READY TO PLAY IN TEAM?

• Betray or not betray? That is the question.

In Colt Express: Couriers & Armored Train, two team modes are possible, a first where all bandits of the richest team win and a second where you can choose to betray your team with a surprise last round card! 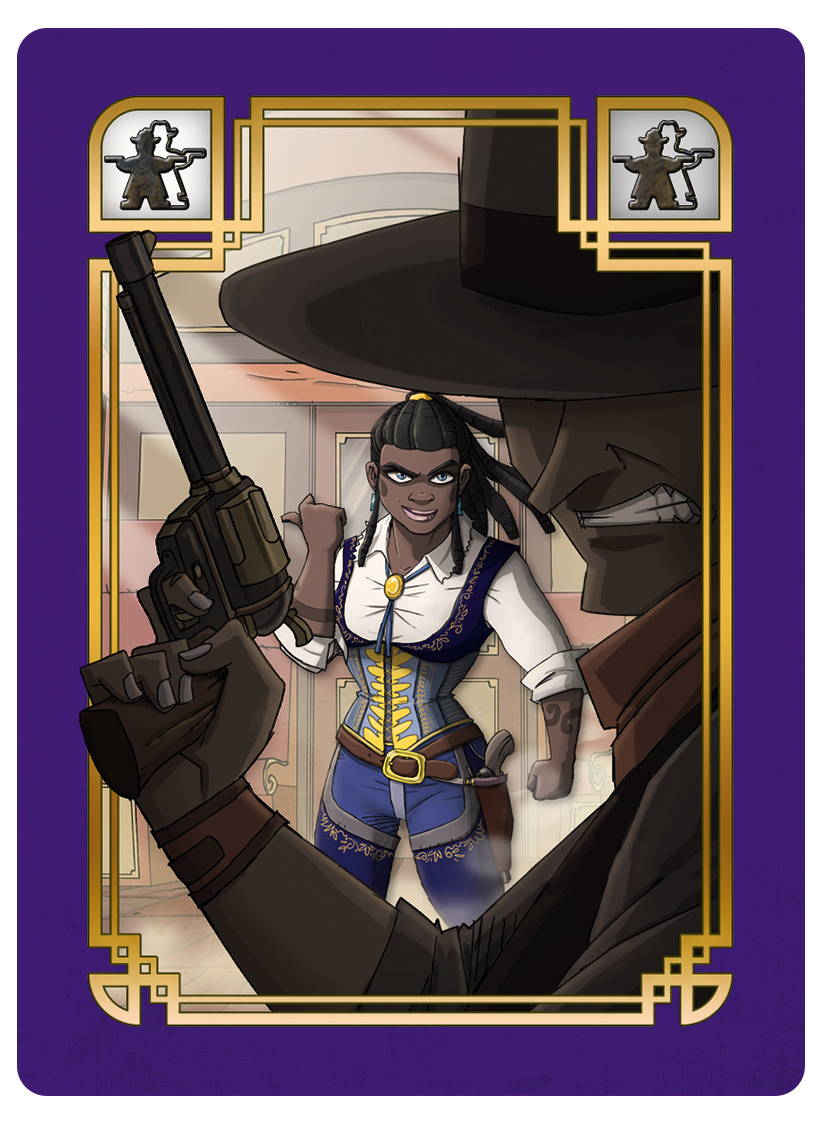 Now that you’ve got some teammates, you’re probably going to want to help them out at some point. This is when you will play the Nudge card.

Pick one of the basic Actions (move, change floors, fire, punch or steal) and give it to your favorite Bandit who decides to do it – or not – the way they want!

But who are these new Bandits?

Misty and The Twinzz, 2 new bandits, join the gang under the keen eye of Il Professore who, armed with his sniper rifle, tries to help his team. 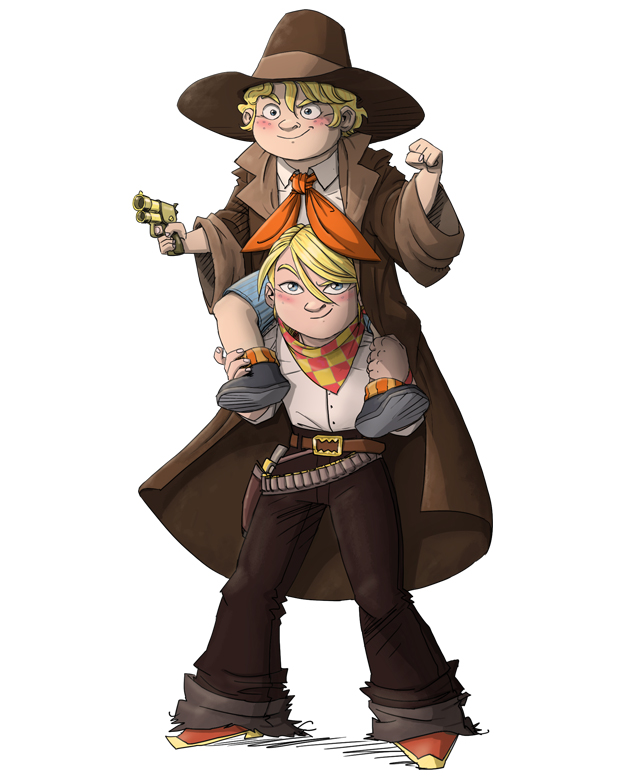 Fast and clever, the Twinzz have sworn to show off all their talents, they can’t help but make a racket.

During a tunnel, you must play two cards face up instead of one face down. 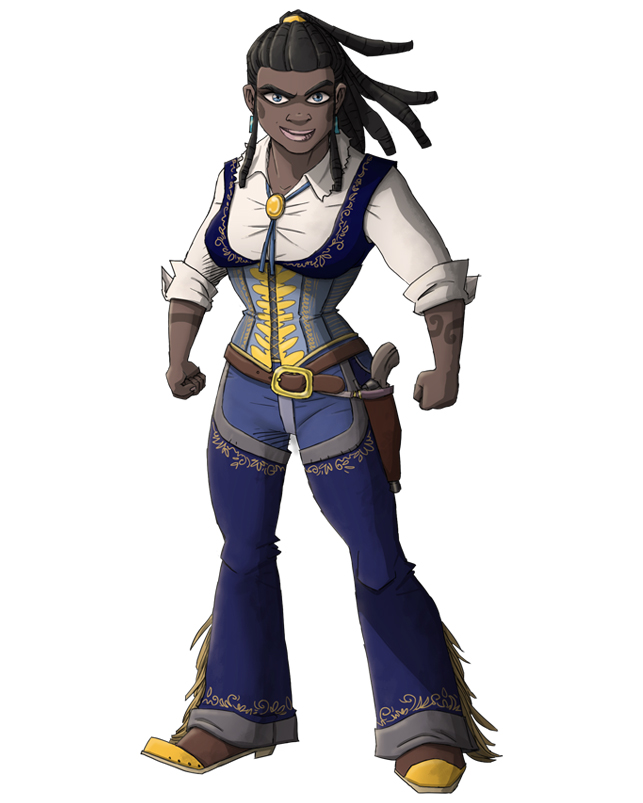 Misty’s fists are her most loyal companions. No one wants to cross her path when she’s in a bad mood.

The bullet cards you have in your hand can be played as Punch cards.

Wounded in the war, Il Professore would not risk getting on the train, but he is a precious help from his promontory.

This character is not a Bandit like the others, it is an automaton that will be managed by one of the players. He stands beside the understaffed team. 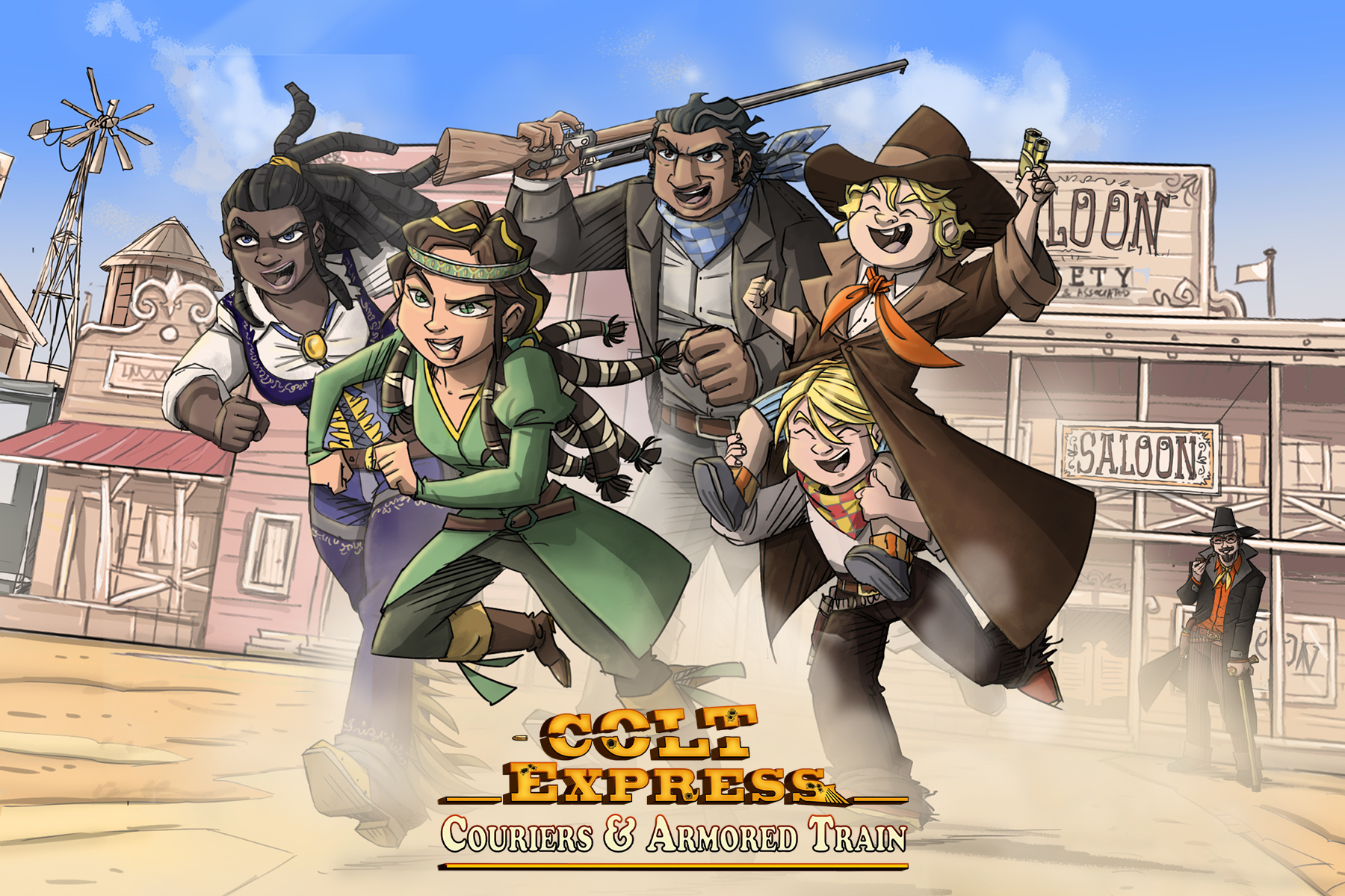