Oh Captain, my Captain, I have just found a beautiful Lantern. Do you want it? 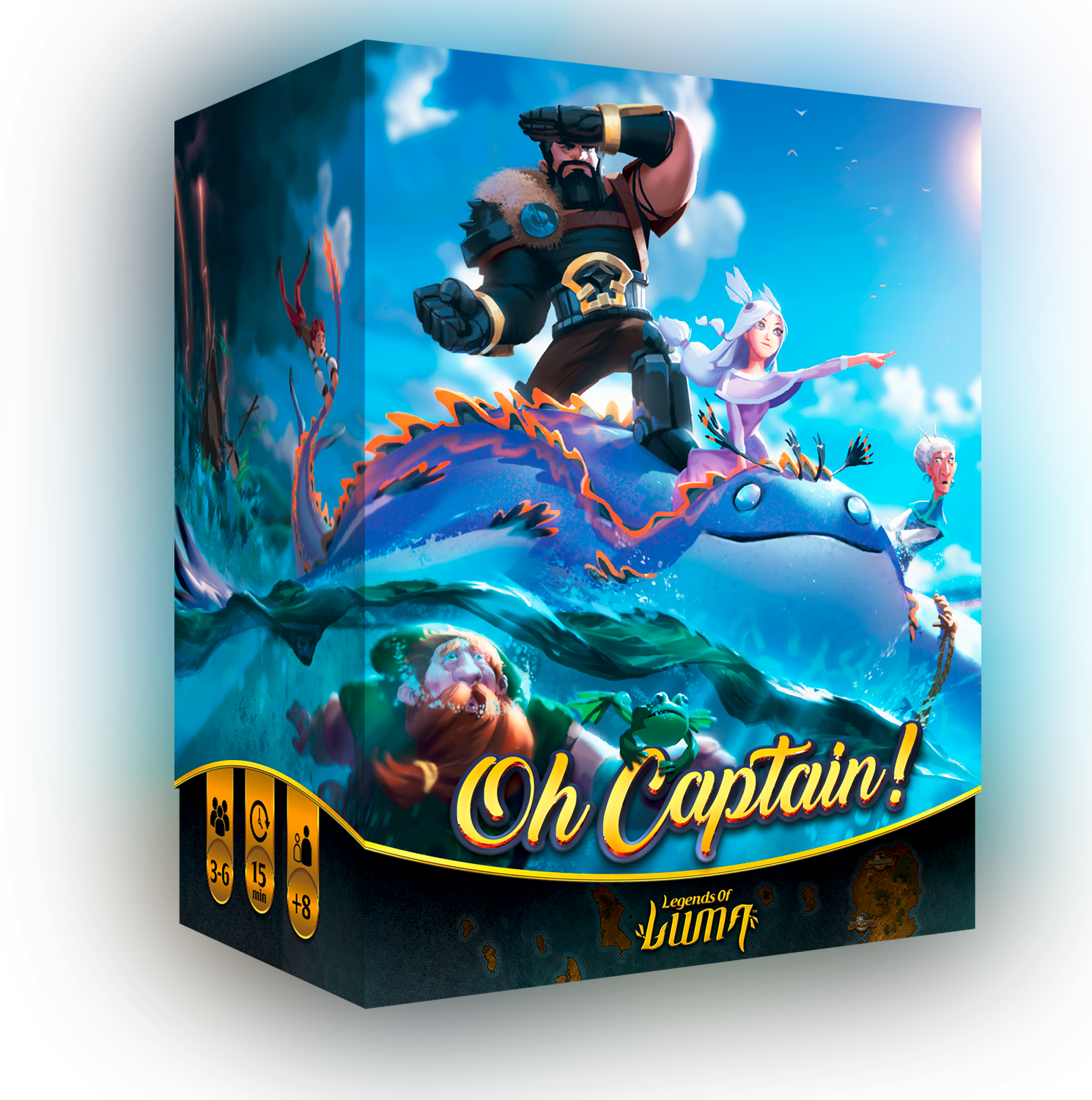 The beginning was a message in a bottle. A call for help on which six brave adventurers have answered.

But the adventure starts in a strange way. After the shipwreck, the six heroes end up in a unknown world: Luma. The Nukha, a fantasy sea monster,  saved them and brought them up to its den, full of golden treasure.

As the animal is sleeping, they make the most of the opportunity to get the more valuable stuff. But the Captain always has a say. Who will gain the trust of the Captain and keep the best part of the loot for himself? or even become the new Captain?

The Nomads whom the adventurers meet at the end of the game buy the most interesting loot. The goal of the game is to get the most valuable Loot cards and to keep the more coins as possible in order to be the richest adventurer. But beware of taking the Nukha’s eggs, that will make you loose points with the Nomads. 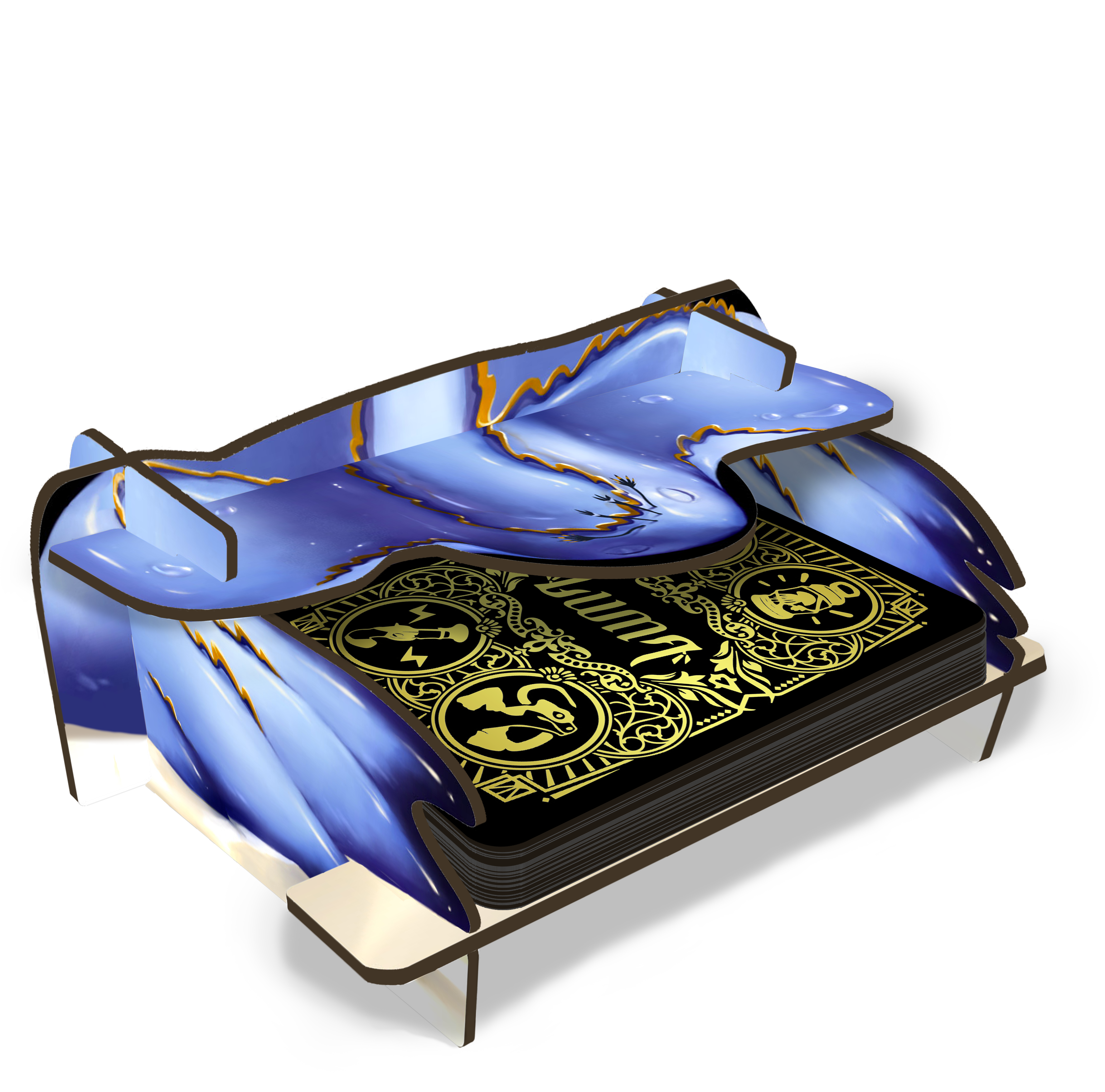 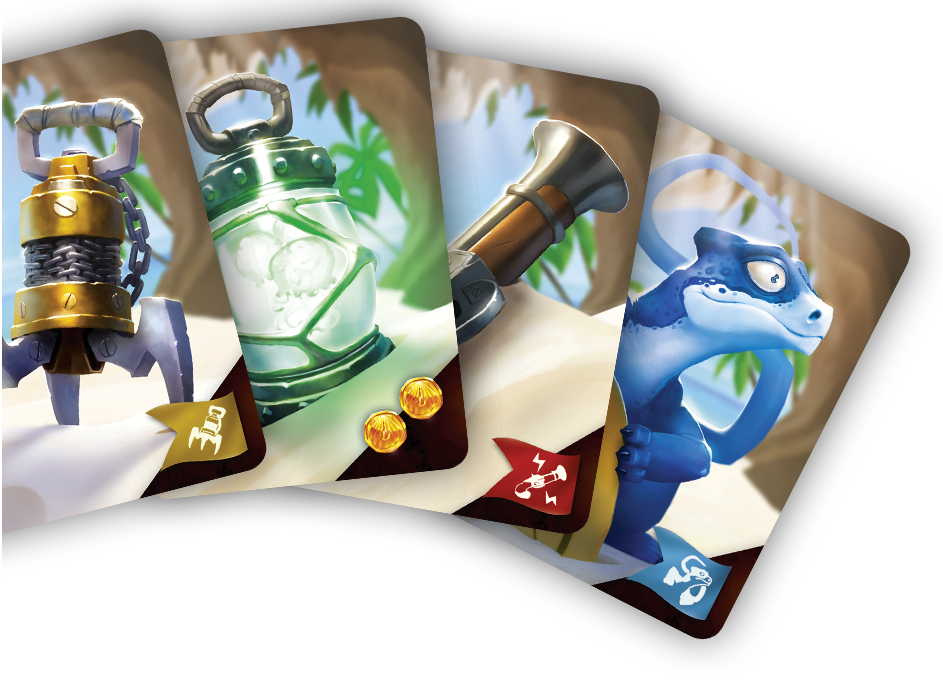 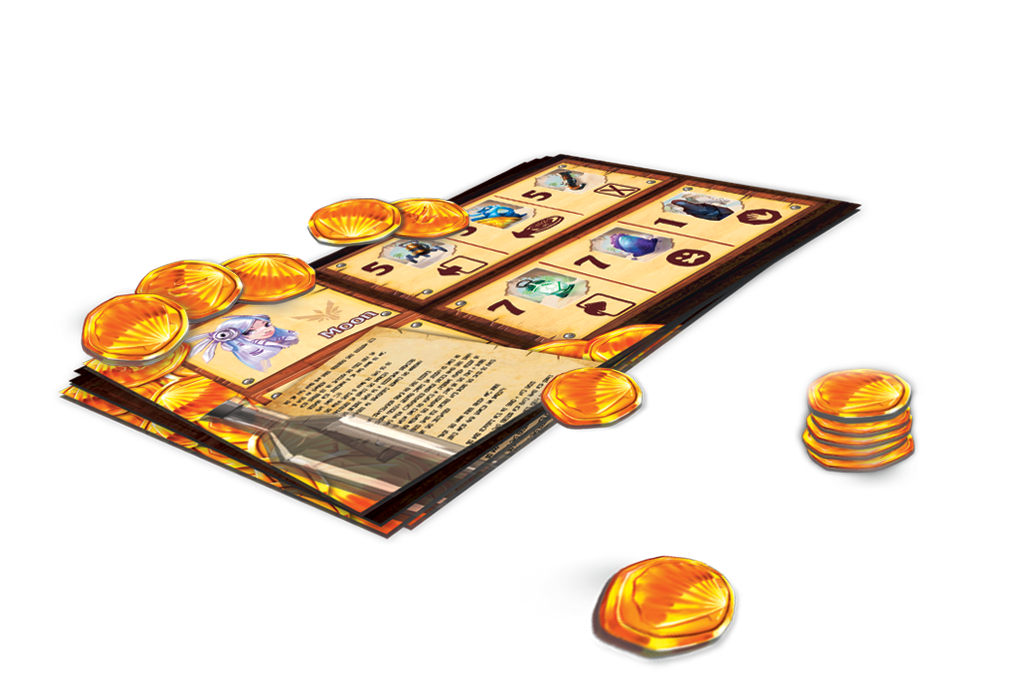 A player is appointed as the Captain at the beginning of the game. All the other players are the Explorers They will search the Nukha’s den.

At his turn, an explorer takes a Loot card in the Nukha’s den and offers it to the Captain without showing it.

“Captain, my Captain, I have found a grappling hook. Would you like to buy it?”

In the second case, the explorer must use the loot’s effect on an opponent (without showing the card). And the latter can challenge him, saying he is bluffing.

You need to know when it is the best time to bluff in order to get the best cards. You must lie when you find an egg, and to be a good lier to make the Captain buy this egg from you.

The Captain is not the same player during the whole game. If at the beginning of an explorer’s turn, the explorer is richer than the Captain, he can declare mutiny and become the new Captain. This role gives him the decision-making power, some invaluable information and a golden coin.

The originality of this game is the asymetrical role of the Captain, and the two-stage bluff phase: first with the Captain, then with the other explorer. 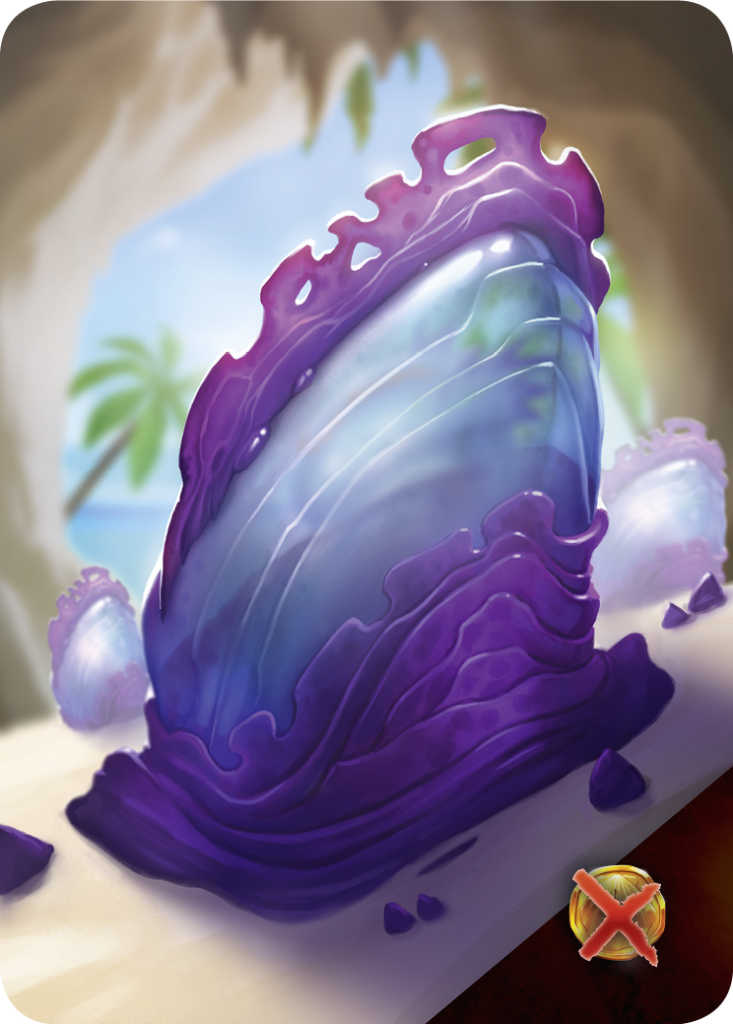 The game ends when the Nomads card is taken for the deck. The players with the majority in Pistols, Grappling hooks and Lizards can sell them for an amount of 4 gold coins. The Lanterns are worth 2 or 3 gold coins. The Eggs make you lose one coin.

The richest player wins the game. 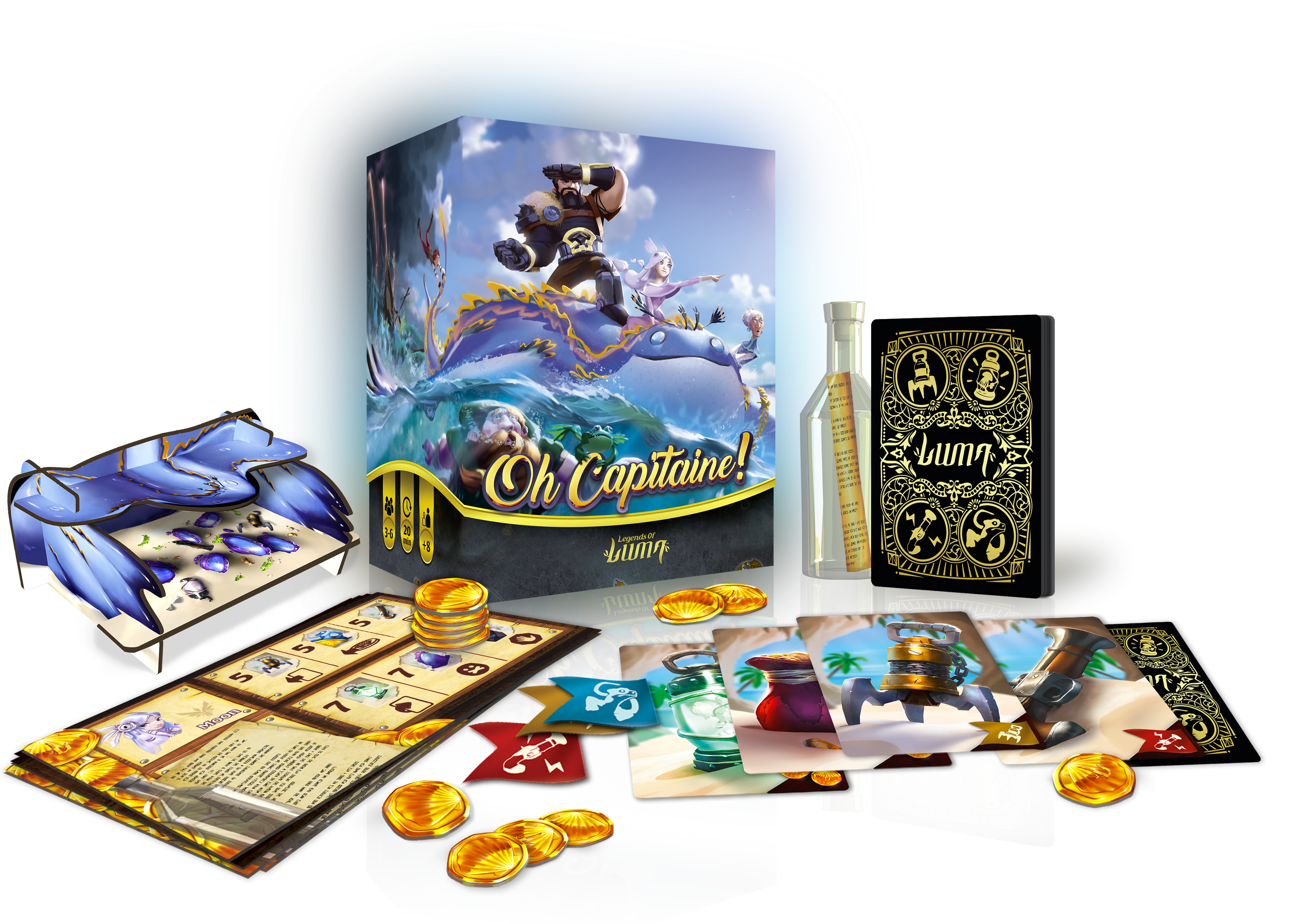 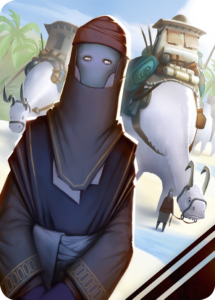