Would you like to learn a bit more about the universe of Yggdrasil Chronicles? Today we bring you at the heart of its theme, in the Norse mythology. To start discovering the world of Thor and Odin you would need to become familiar with a North Germanic language with words, syllables and letters that we are not used to dealing with. Svartalfheim is a good example. It’s a whole lexicon to understand, a detailed world to discover. All artifacts, creatures, places have their own names and stories. For example Odin rides his eight-legged horse named Sleipnir, he is armed with his spear Gungnir and when he is in his palace in Valhalla, two ravens Hugin and Munin whisper in his ear what they saw of the nine worlds while two wolves, Geri and Freki, remain at his feet … 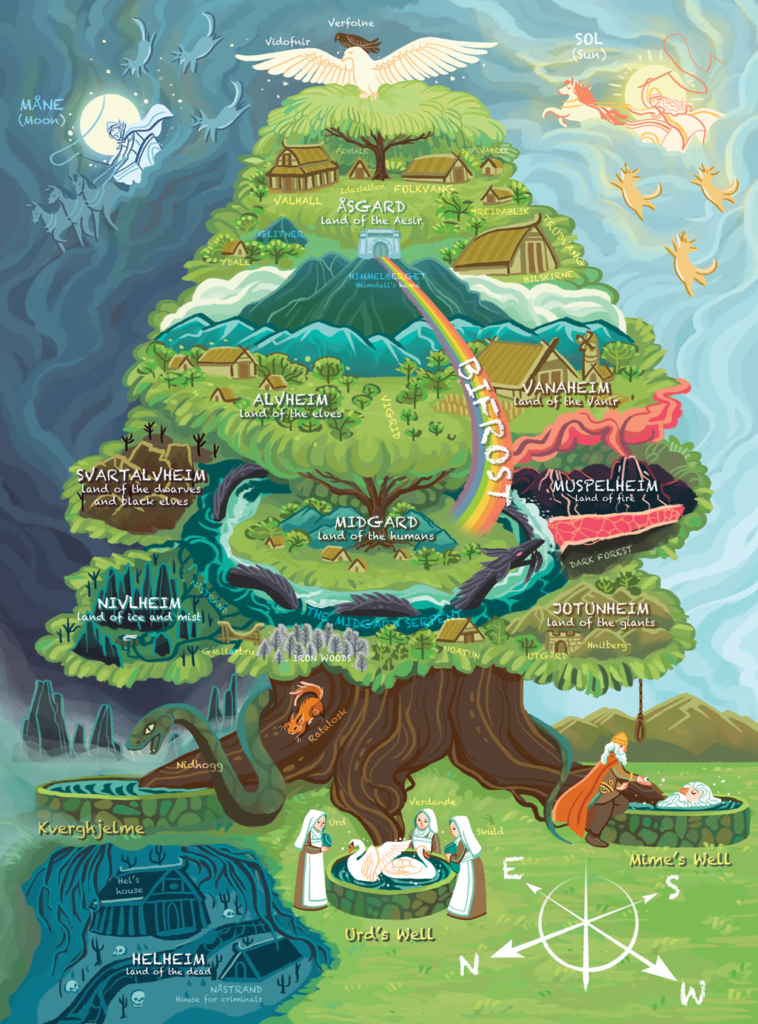 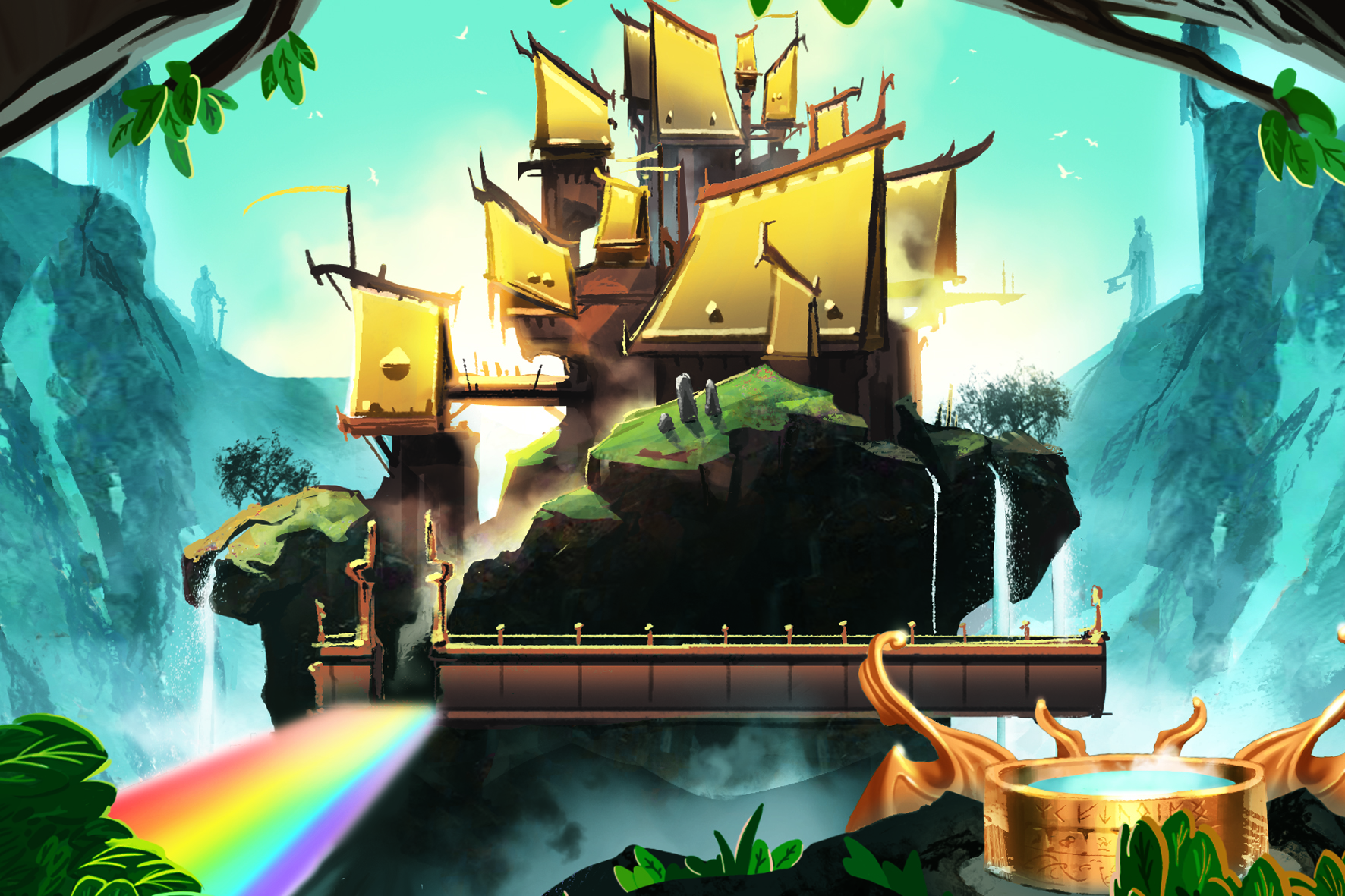 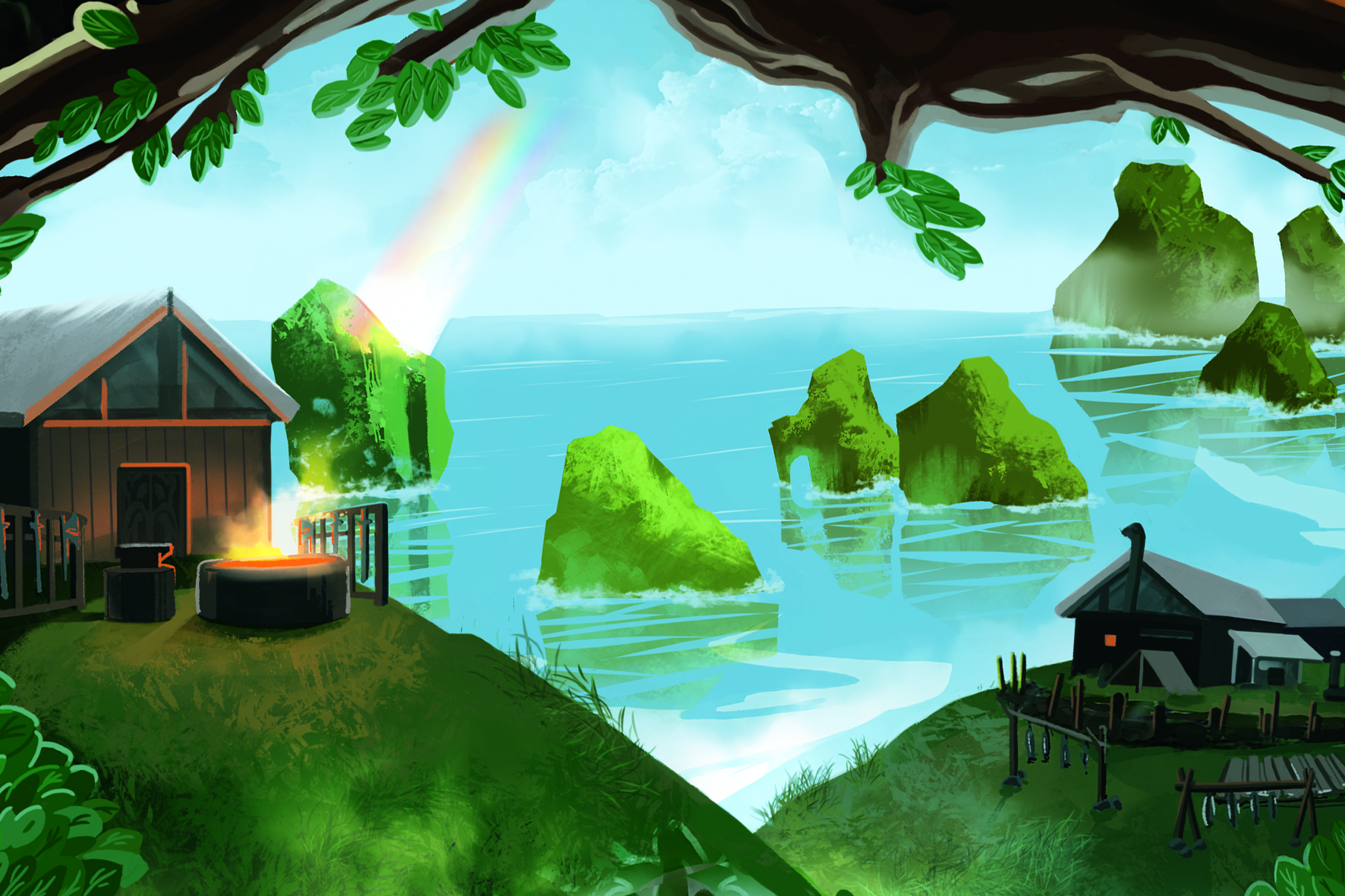 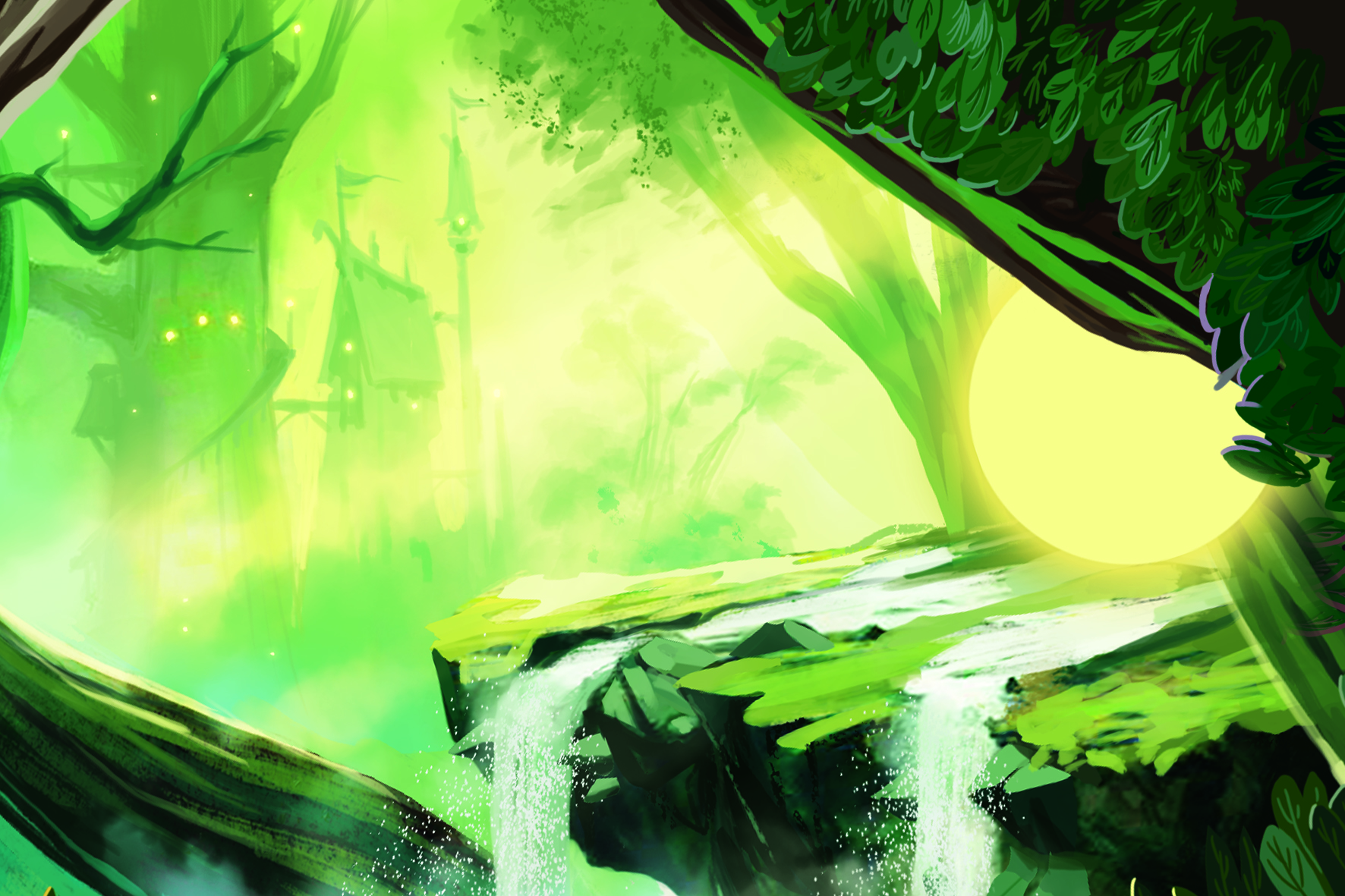 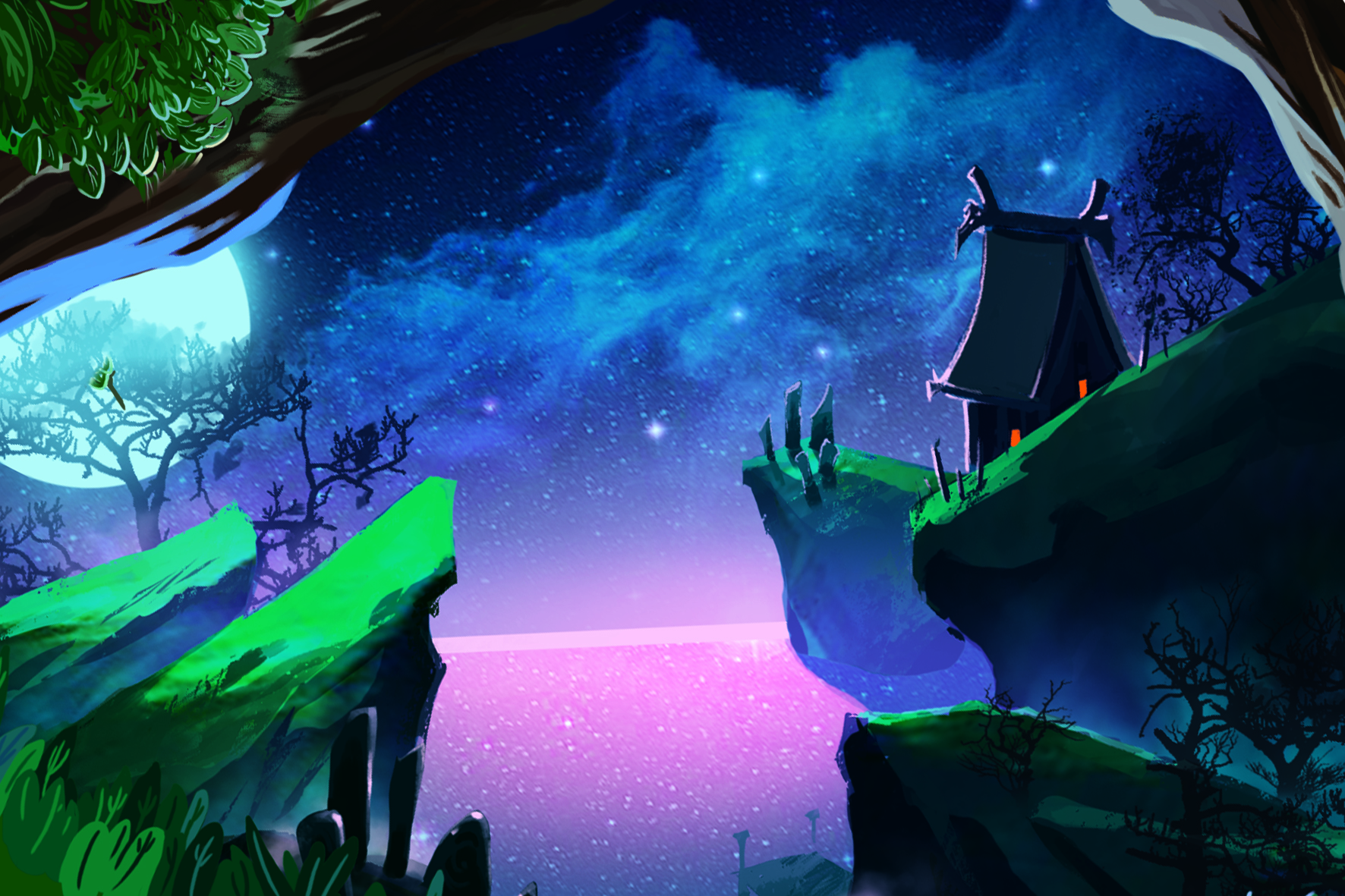 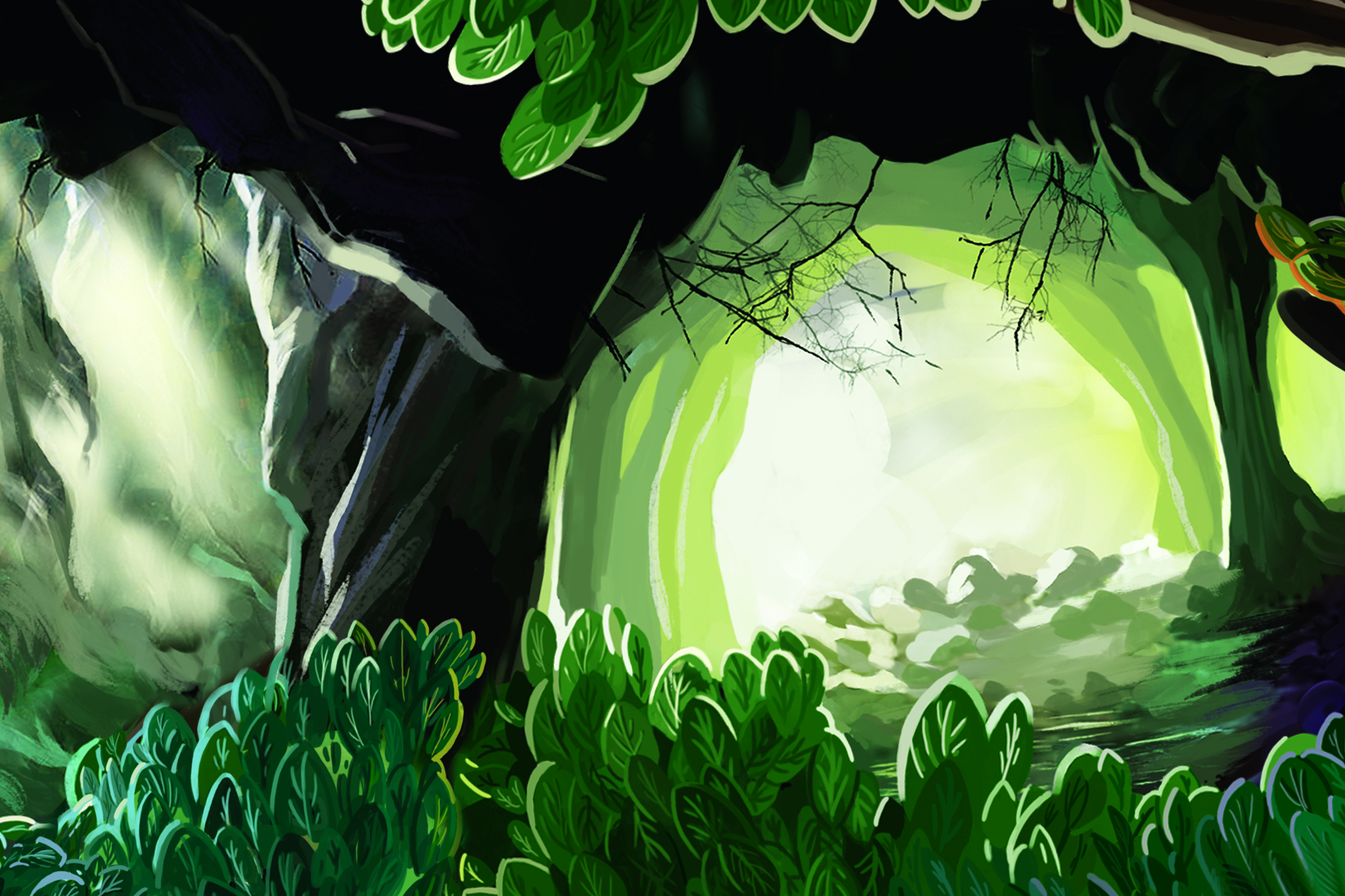 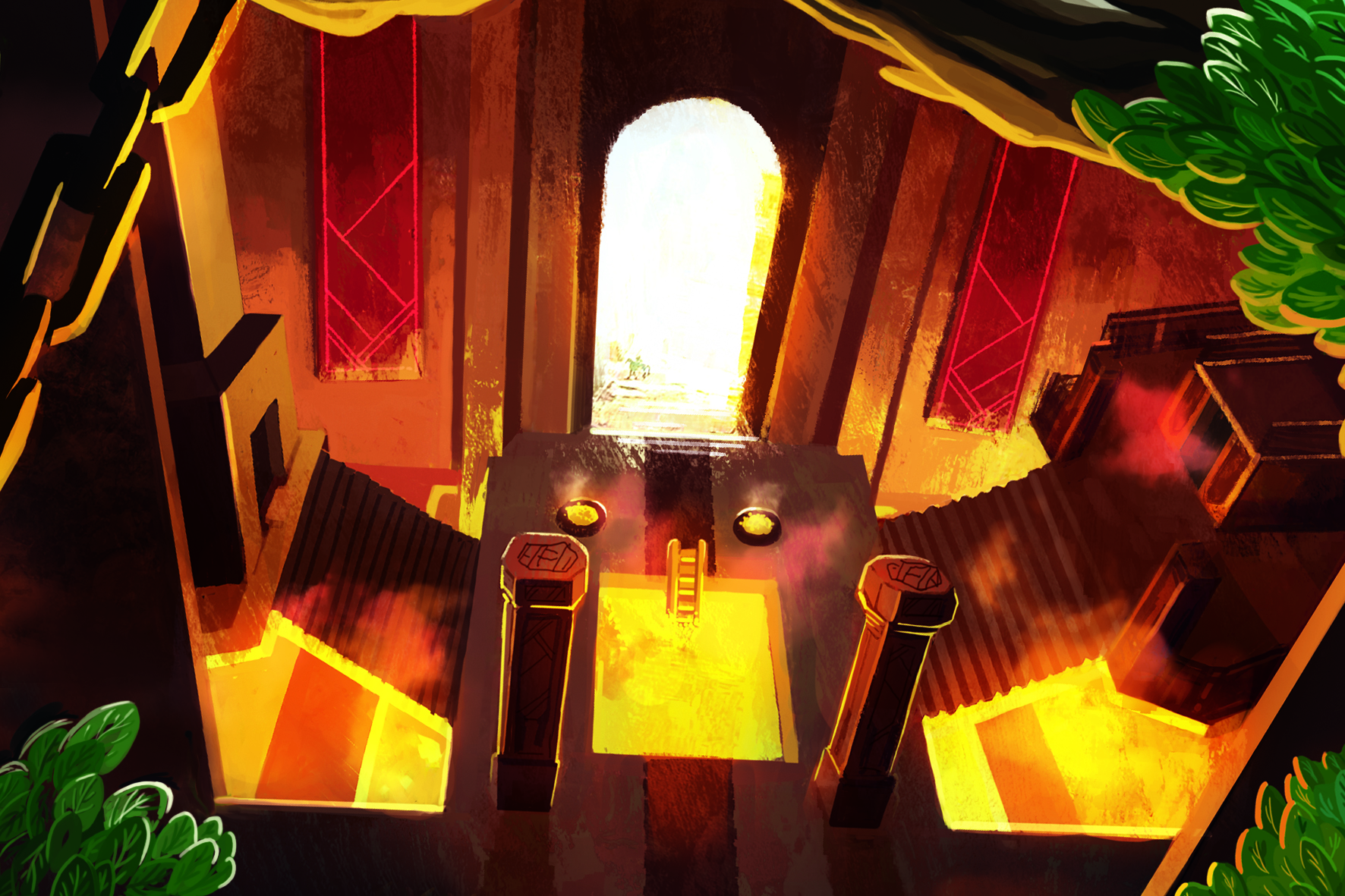 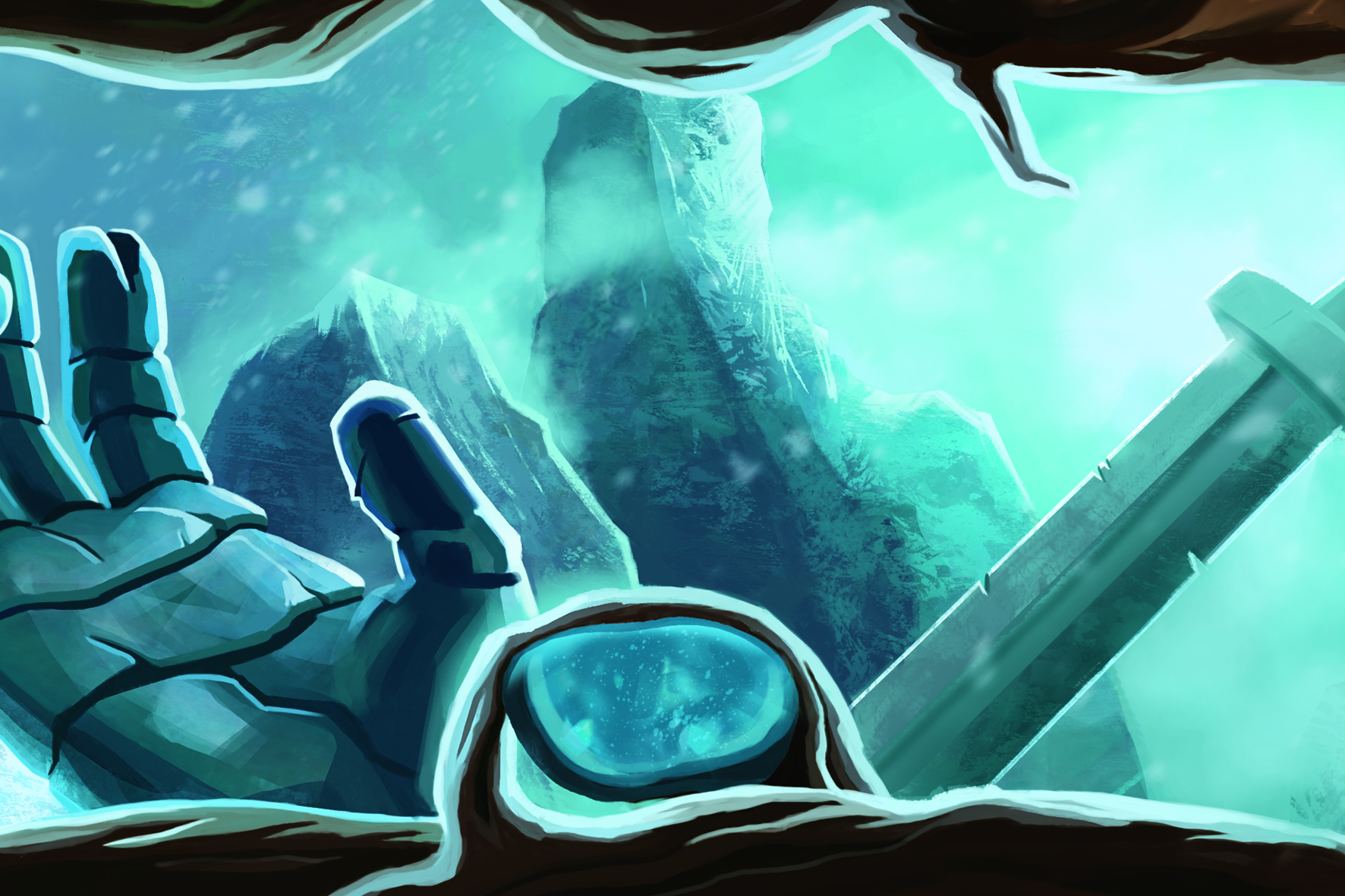 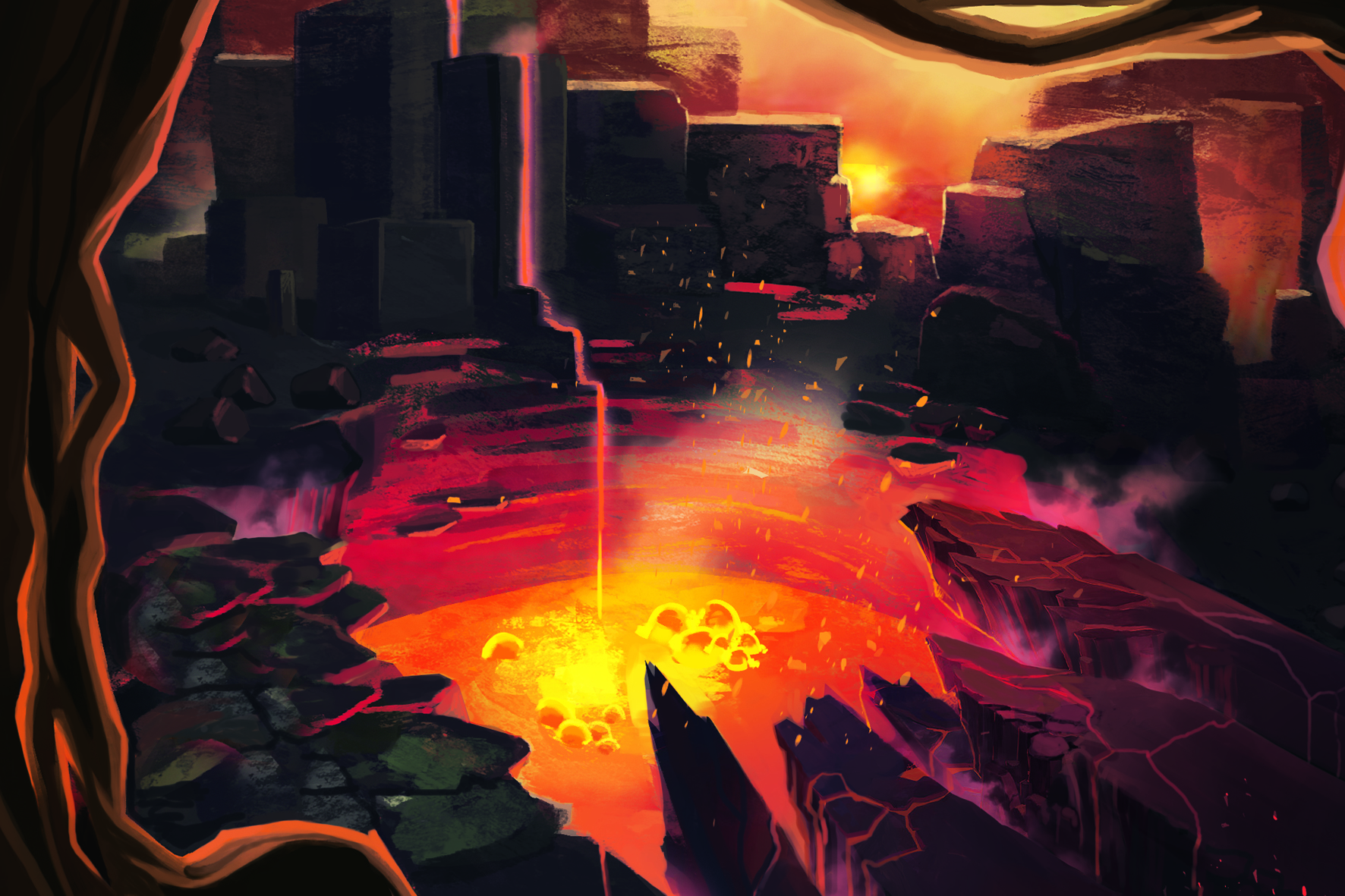 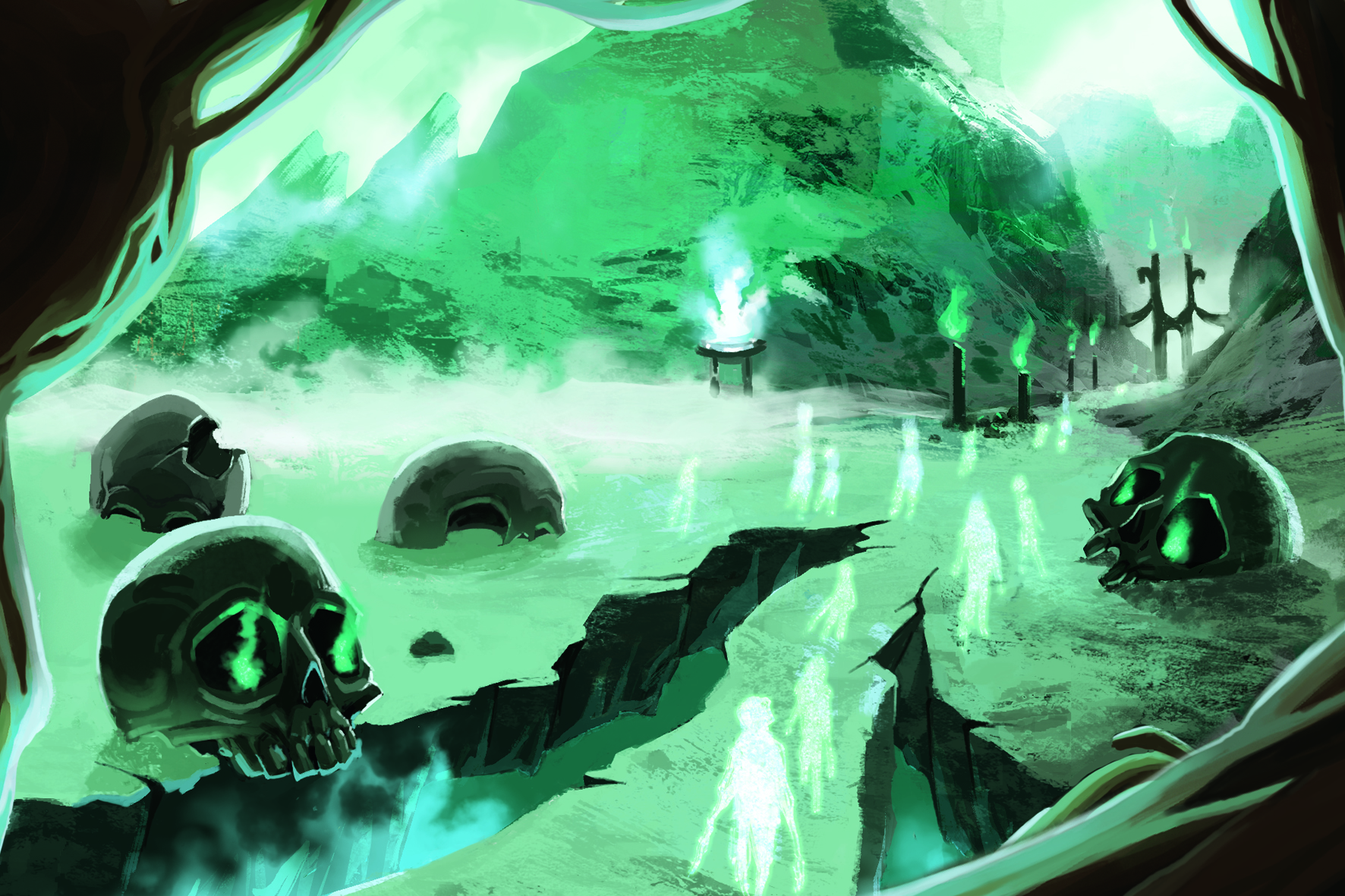 Cédric Lefebvre, author of the game, tried to stick as much as possible to the legends and myths of the Norse mythology which all take place around the Yggdrasil, the cosmic tree carrying the nine worlds: Ásgard, Vanaheim, Alfheim, Midgard, Nidavellir, Jötunheim, Svartalfheim, Muspellheim, Niflheim. You can find other names or distribution of the worlds on the Yggdrasil as the writings vary from one to another. Like many ancient mythologies, there are no “real truths” because everything was told orally for centuries. Plus, Christianity also altered the stories, imposing its vision of good and evil. It was not until 1300 that we began to transcribe these tales on paper with the famous book Edda written by Snorri Sturluson who, by the way, was a Christian. Let’s go back to our Yggdrasil and its nine worlds. 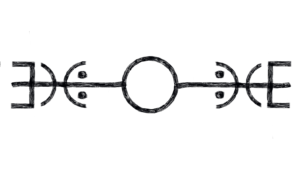 Asgard is the land of the Ases (or Aesir) of the warrior and sovereign gods represented by Odin the father-of-all. Odin is a main figure in Norse mythology.

He and his brothers created Midgard – our world, the humans’ one – with the corpse of Ymir, the original giant, after a deadly battle. The Earth is his flesh, the Ocean his blood. Ocean in which Jormungandr lives, a monstrous snake whose gigantic tail completely encircles the kingdom. A rainbow bridge, the Bifrost, connects these two worlds and provides the gods but also some humans a mean to travel between.

In Norse mythology there is another type of gods, the Vanes (or Vanir) who live in Vanaheim. They are the gods of fertility, fecundity, wisdom and precognition. They waged war with the Ases for a long time which ended in a truce sealed by an exchange of Gods which brought the Vanes Njörd, Freyr and Freyja to Asgard.

Several other types of living beings inhabit the Yggdrasil. The Alfar, bright Elves, live in Alfheim and provide spiritual helps and advices to the mortals. They are said to be even brighter than the sun.

Unlike the Alfar, the Swartalfar are dark Elves, even darker than the darkest nights. They live in Swartalfheim, home of night creatures.

The dwarves live in Nidavellir. They have magical powers and work metal better than anyone. They create powerful and magical weapons for the Gods, among others.

Three worlds stand in the roots of the Yggdrasil, they are home to the most terrible creatures. Jotunheim, the world left by Odin to the Jotuns, the Giants, during Creation is one of them. These Giants are constantly at war, they love fighting and stealing. Masters of cheating and mockery, they are the main enemies of the Ases even though some of them reside in Asgard like Loki.

There is also Muspelheim, the world of flames where the Fire Giants reside, the best known and most dangerous of them is Surt…

Nilfheim, the “world of the dead” is the last world. The deceased, those who died of old age or disease, those who broke their oaths and promises, in other words all those who did not die as heroes go in this world led by the goddess Hel.

In Yggdrasil Chronicles, you play a god Ase or Vane who have their own powers and skills. You can choose them for their abilities or for the stories and values they embody. 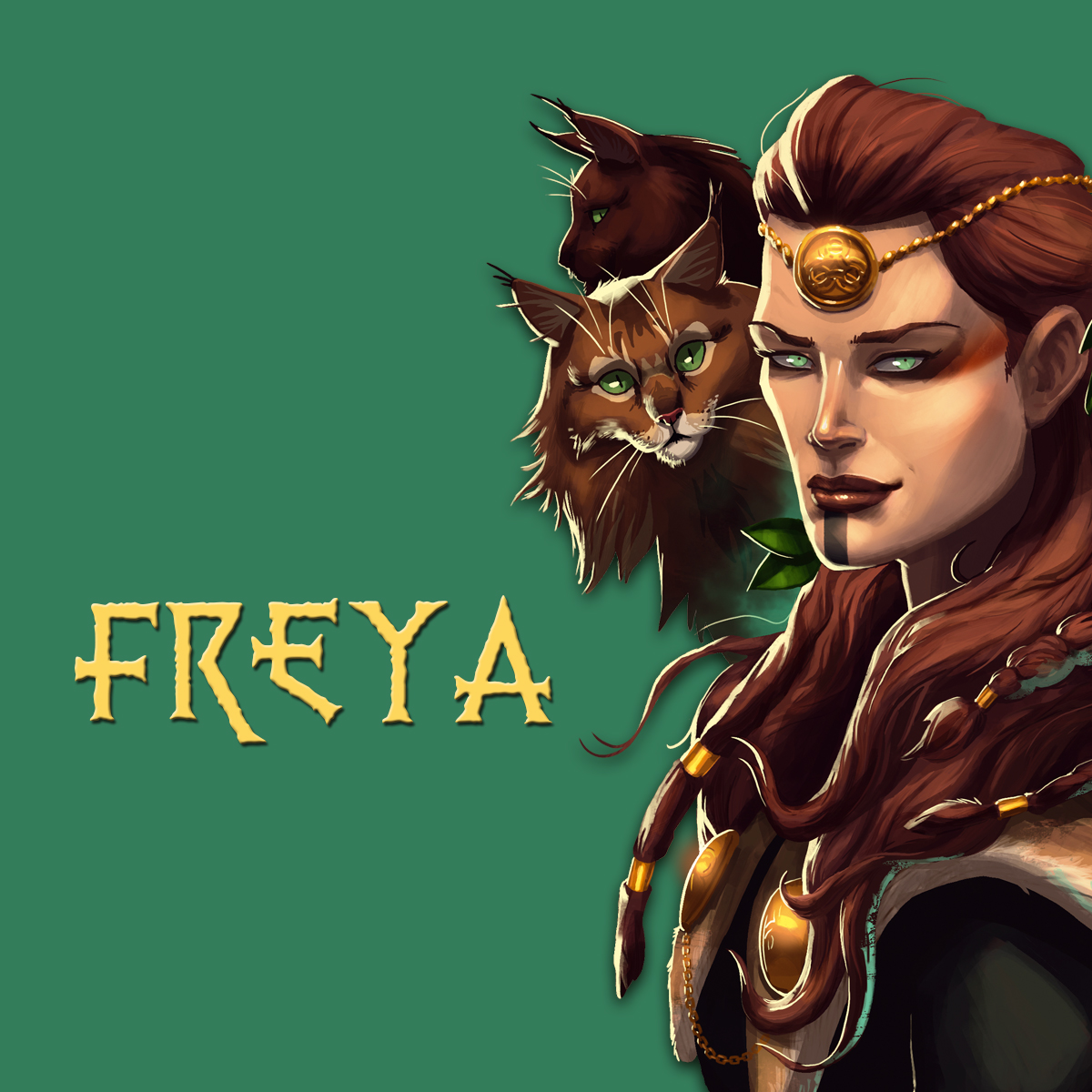 Freya is a Vane goddess who has been sent to Asgard, the kingdom of the Ases, at the end of the war between these two divine folks. She is the most beautiful and noblest of the Goddesses. She is dressed in bird feathers which allow her to change into a hawk. She owns a chariot pulled by two cats which respectively represent tenderness and carnal warmth. Powerful goddess she reveals the secret of Seidr, witchcraft, to Odin giving him the power to predict the future, to control life and death, love and intelligence. 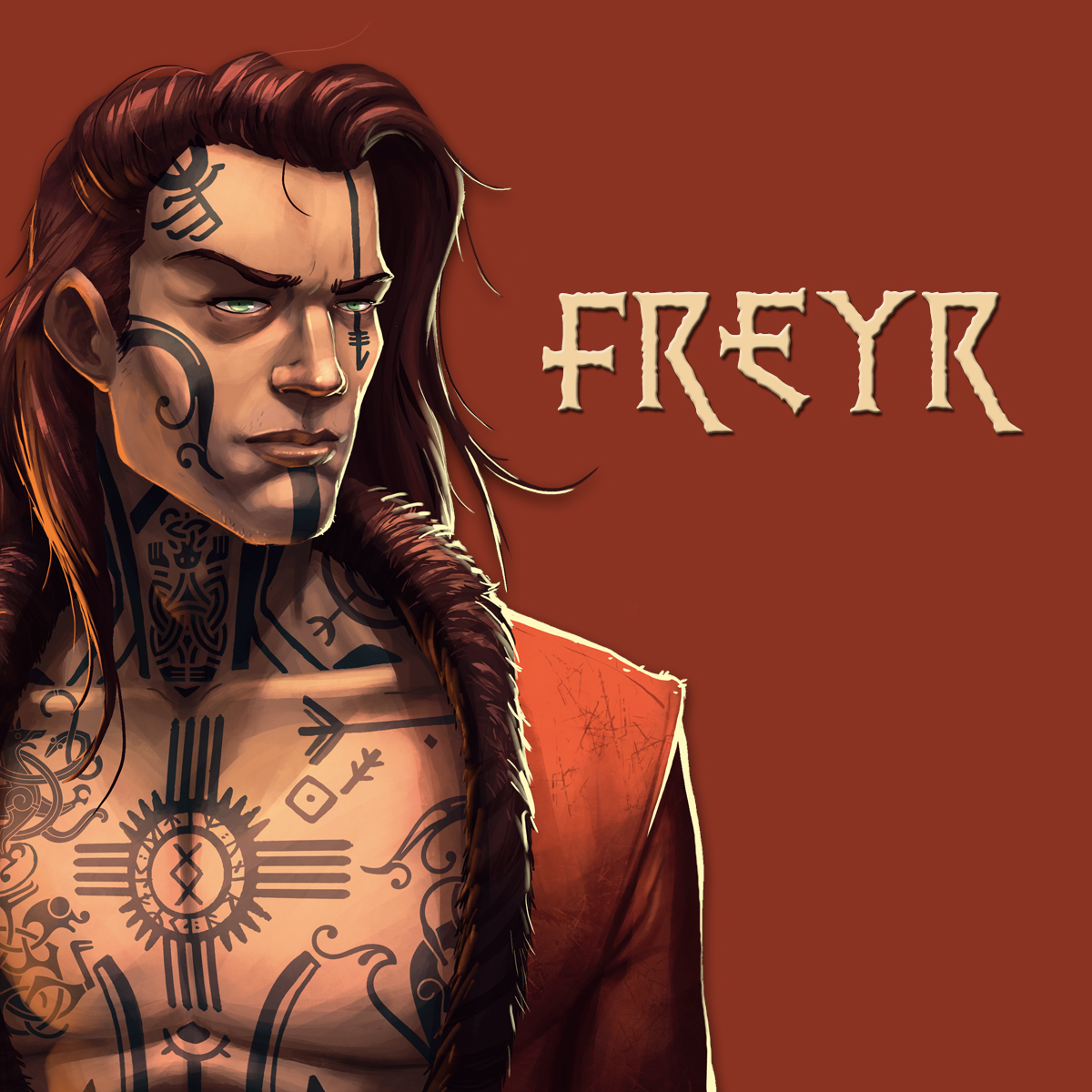 Freyr is Freya’s brother, the most glorious of the Ases in spite of his Vanes origins. He has a power over the rain and the sunshine, he is the god of prosperity. He owns the Skidbladnir drakkar capable of sailing both on land and sea. This gigantic boat can transport all the Gods and the army of Asgard but when Freyr does not need it anymore, he can fold it very small so that he can put it in his pocket. 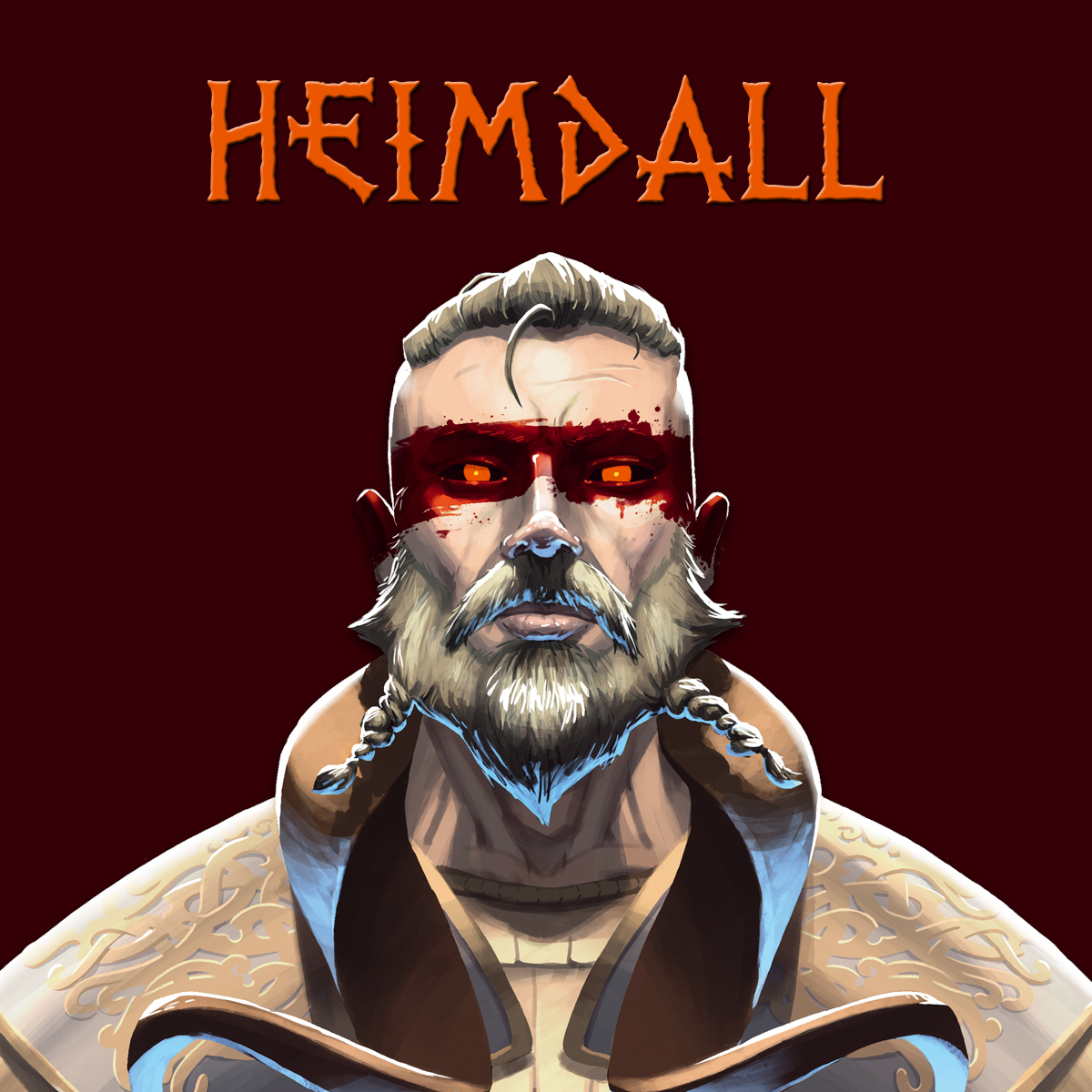 Heimdall is the keeper of the Bifrost, the Asgard’s sentry. He is aware of every little thing. He sleeps less than a bird, sees over an hundred miles by day as by night and his hearing acuity enables him to hear the grass and wool of sheep growing. He rides Gulltopp, a golden horse. It is said that when the Ragnarok comes, he will blow into the Gjallarhorn horn to warn the Asgardians and the Humans of the beginning of the final battle against the Giants. 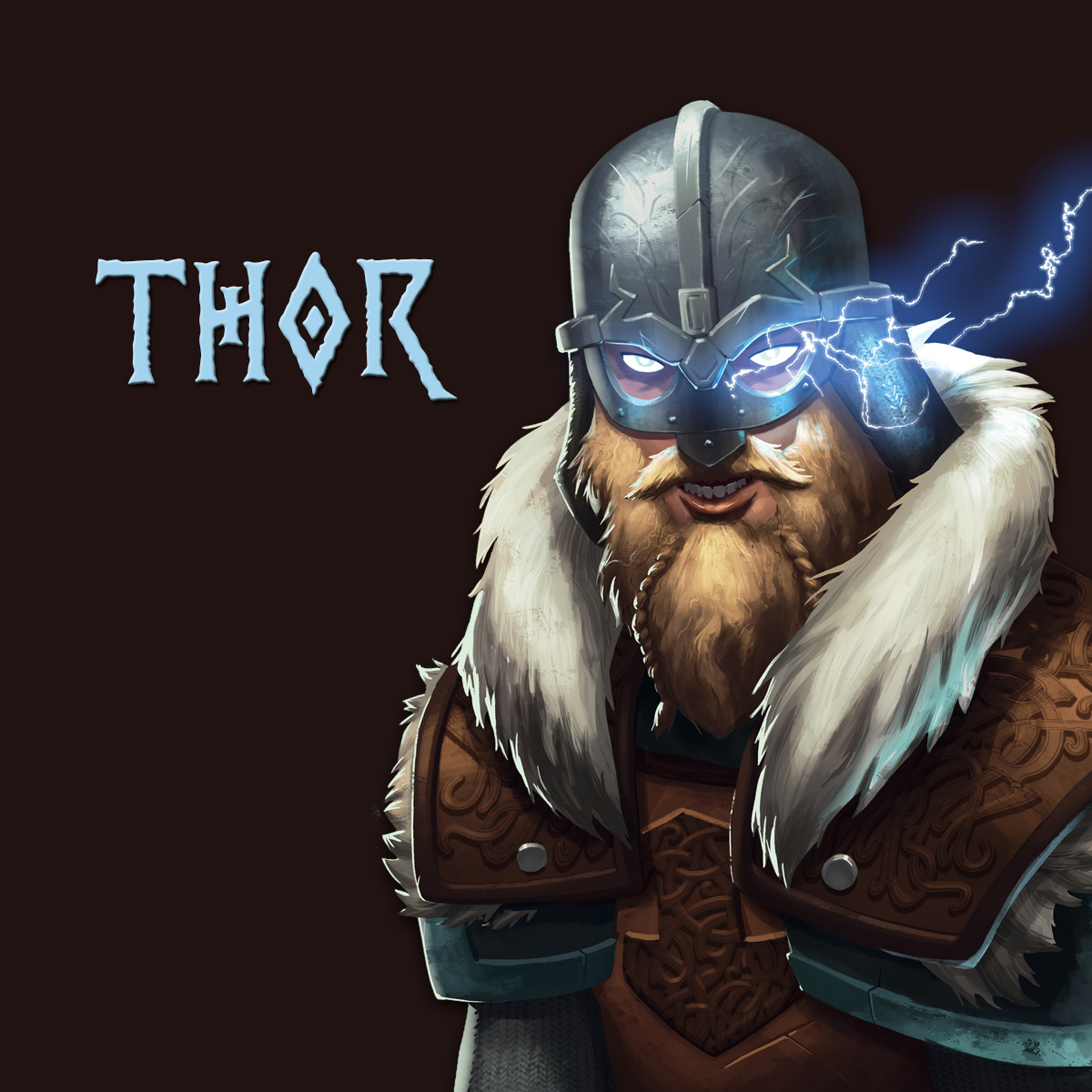 Thor is Odin’s son. He is a mighty warrior, god of combat and martial arts, he is the strongest of Ases and men. He is armed with Mjollnir, a magic hammer made by the dwarves whose characteristic is to always return in the hands of its owner when it is thrown. In addition to his colossal strength, he is the god of thunderstorms and can unleash lightnings. To move, he owns a chariot pulled by two goats Tanngnjost and Tanngrisnit. 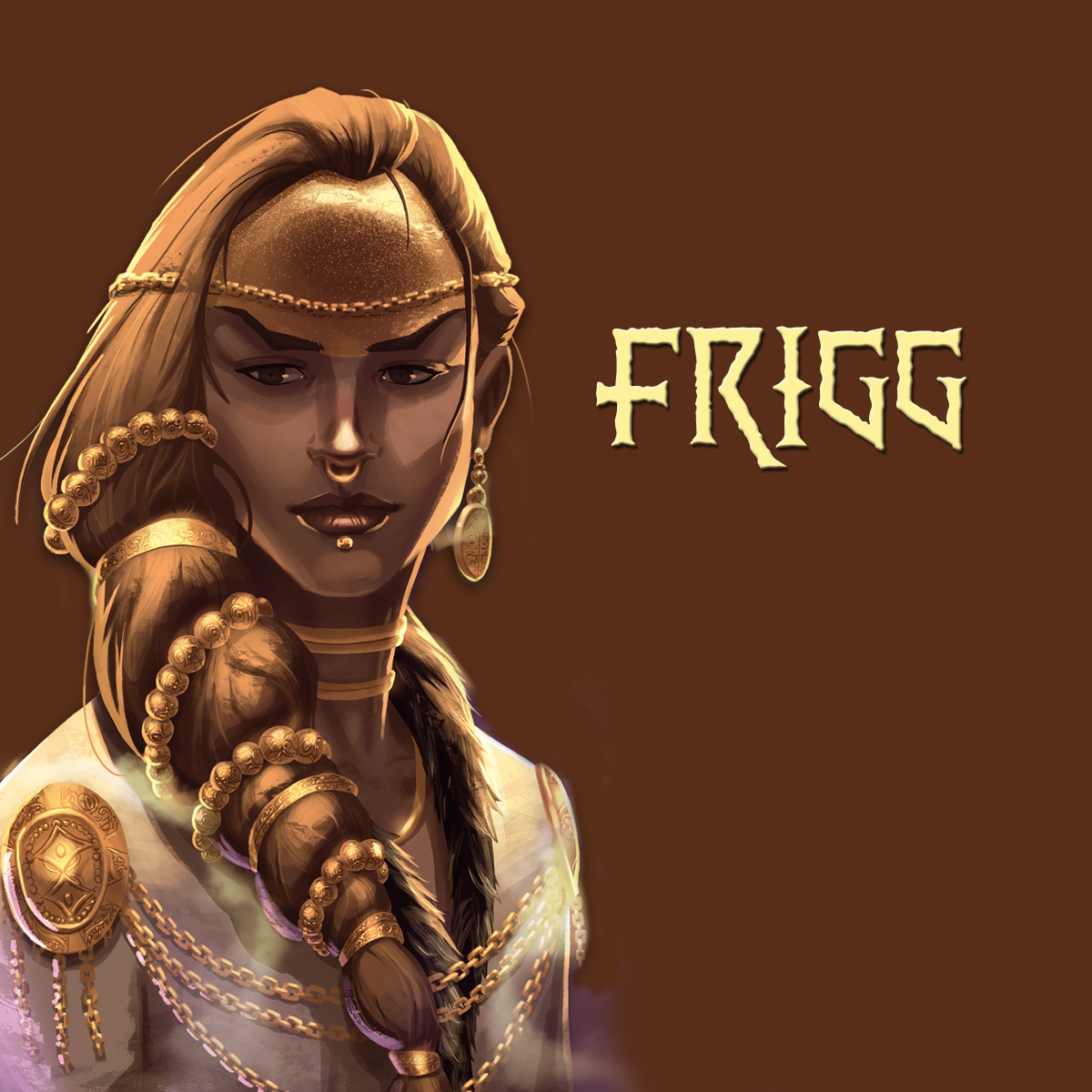 Frigg is Odin’s wife. With Freya she is one of the noblest goddesses of Asgard. Goddess of love, she has an extraordinary power of foreknowledge and knows the destiny of each individual without ever revealing it to them. Her magic also makes her a goddess associated with healing? Often called when the sick or wounded ones approach death, she makes the last journey sweeter and their passage into the other world more peaceful. 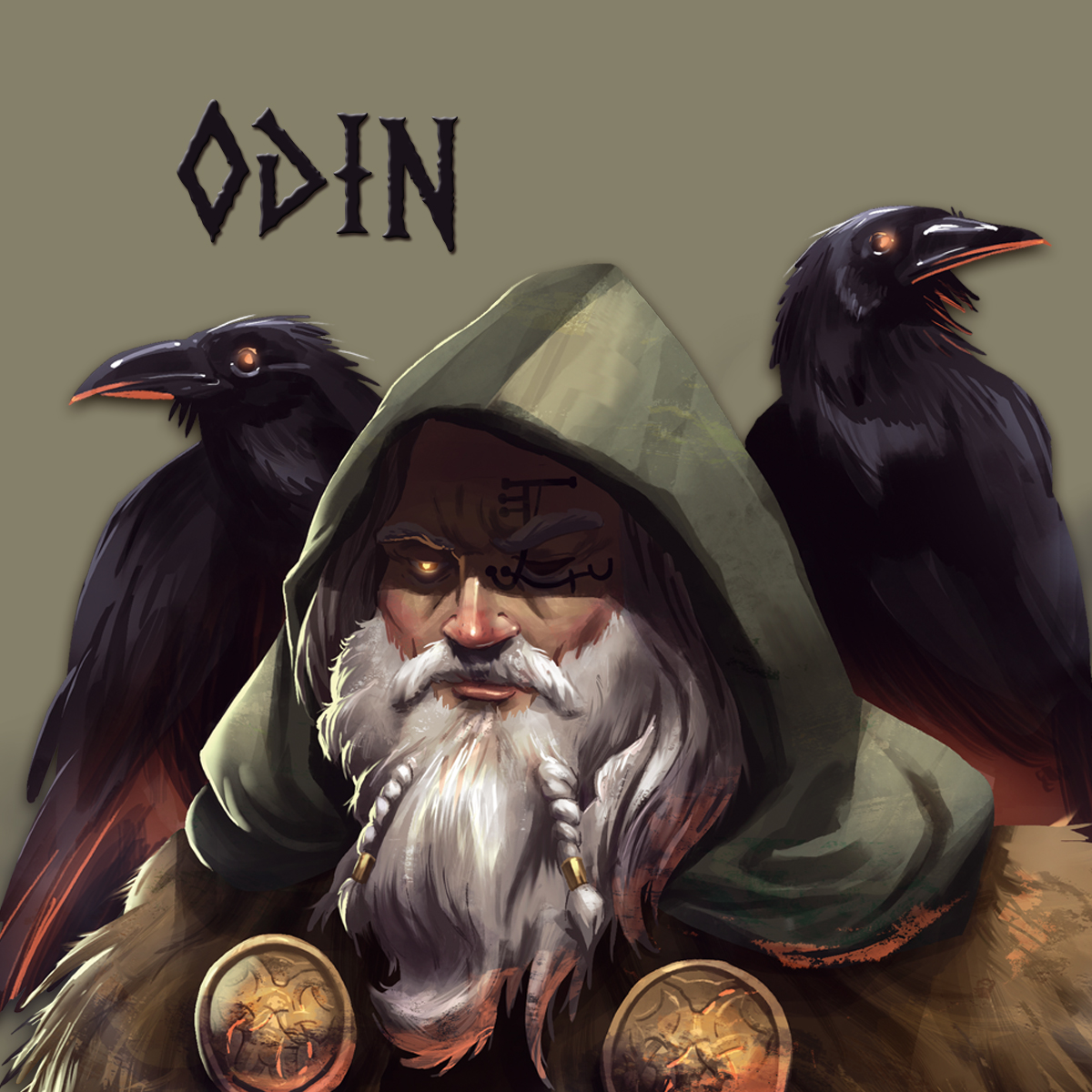 Odin reigns over Asgard and resides in Valhalla in which the dead heroes and the Valkyries dwell. He is the God of war and death but also of poetry and wisdom. He is armed with Gungnir a powerful spear that can cut everything. He rides Sleipner his horse with eight legs which can run faster than the wind, over the seas and the oceans. He is accompanied by two crows, Huginn and Munin which represent Thought and Memory and serve as spies and scouts. 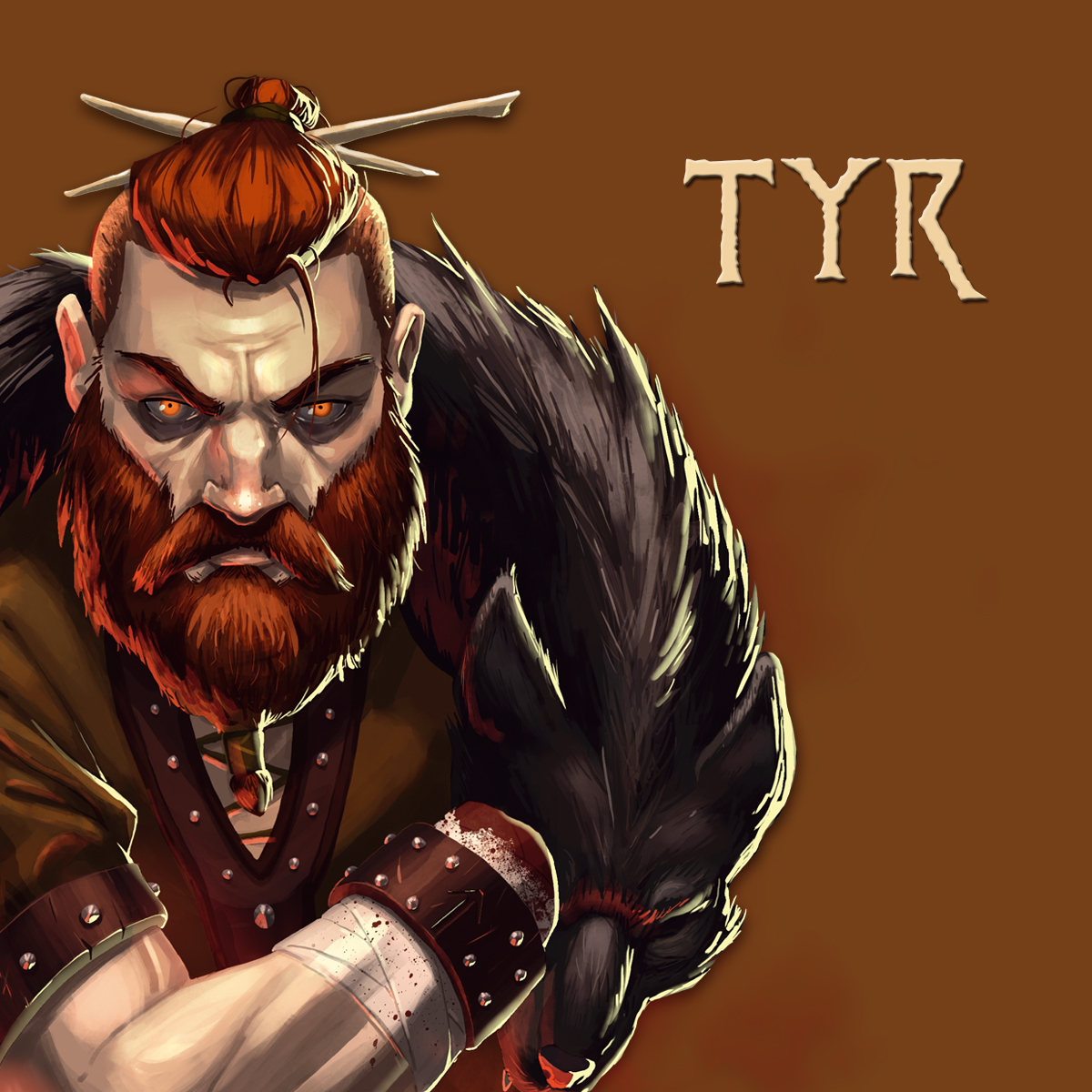 All these Gods have a role to play in the Ragnarok to come… Open the book of sagas and try to survive the Ragnarok. If you want to know more about the tales and legens you will be playing in Yggdrasil Chronicles, we invite you to read the following article:

Yggdrasil Chronicles or how to survive the prophetic Ragnarok