In just over a month will open the doors of the International Spieltage 2019, better known as Essen. It is therefore time to reveal what the Ludonaute team has prepared for the boardgame Messe from 24 to 27 October in Germany. 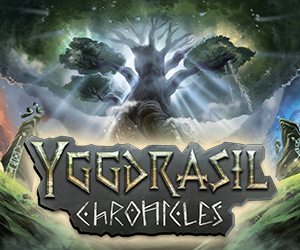 Pay honour to whom honour is due!

After exploring a system of exoplanets using space gates, Cédric Lefebvre returns after a long journey to the borders of Valhalla to present us his new game, Yggdrasil Chronicles, which you can discover in preview on our stand.

This new boardgame is placed in the same universe of Nordic mythology as Yggdrasil, and takes again the collaborative type and the unique objective: to repel the enemies to save the World Tree. For the rest, it’s a brand-new game that has designed Cédric, with a new gameplay, different game modes (solo, for 2 players, campaign of 6 scenarios) and immersive equipment including a 3D-tree with turning World-trays. Everything is magnificently sublimated by the illustrations of Maeva Da Silva and Christine Deschamps.

Have you always dreamed of playing a Nordic God?

Our animated team composed of Lola, Jennyfer, Philippe, Henderikuus and Eric will explain you in French, English or German, how to fight Loki and his companions in this epic quest with sweet scent of Asgard mists.

Want to meet the author and the illustrators?

They will be happy to welcome you and sign your boxes: 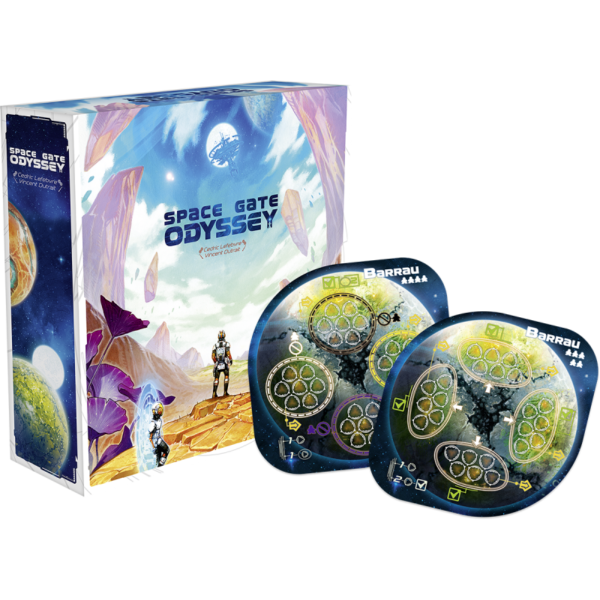 But that’s not all

If you missed the first shuttles to Odyssey Station, additional flights were added to help you discover the exo-planets system the Confederations are trying to colonize. The good news does not arrive alone as our scientists have discovered the existence of a new exo-planet, Barrau, of which we know very little for the moment, except that its surface seems in eternal movement.

Do you have the soul of an explorer-colonizer? Space Gate Odyssey will be available on our tables during the whole festival.

You spent the last months in cryogenisation? Space Gate Odyssey, that’s it.

Want to know more about Barrau? Just take a look at our scientists report.

And as Christmas approached, the Santa Claus Elf boarded the Colt Express to deliver his gifts to the train driver who deserved them. Will our favorite Bandits help him in his task or, on the contrary, do everything to prevent him from reaching the locomotive?

Want to know what surprise does the Santa Claus Elf have in store for you? Gift ! 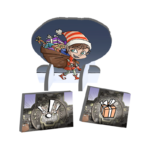 Pre-sales for Essen are now open on the Ludonaute website and will have to be collected at our booth during the festival. You will also be able to buy the games & Goodies on our Booth.