Your servant, as promised, is getting you Ludonaute’s news from the inside.

There would be a new project in preparation… Code name: Pillaging.

For now I can only provide a kind of teaser:

A ship full of treasures has just been boarded, the crew is now gathering to share the loot. You are a crew member and you try to take the biggest share under the nose of your Captain. The Captain is embodied by a player and can buy the share other players are interested in. Of course, you can lie to your Captain. You can even suborn a mutiny if you fancy to become the new Captain.

Make the best use of your pirate’s weapons and get the biggest treasures, avoiding the cursed figures if you can. 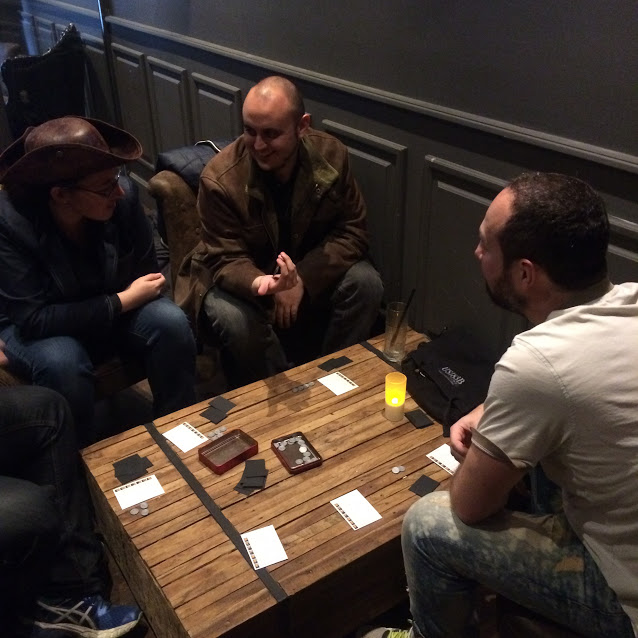 Pillaging played at the Game Taverne of Montpellier

This game will be part a new small games line in preparation.

I try to get news quickly about this one, I promise.

For the record, the contract of the game has been signed in very particular conditions during the Valence’s game convention. With the help of Matagot’s team, the contract has been hidden inside the last safe of their Escape Room Live.

Florian Sirieix, the game designer of Pillaging, couldn’t sign the contract unless he espaced the room. As you can see below… we are always testing stress resistance of your future game designers. 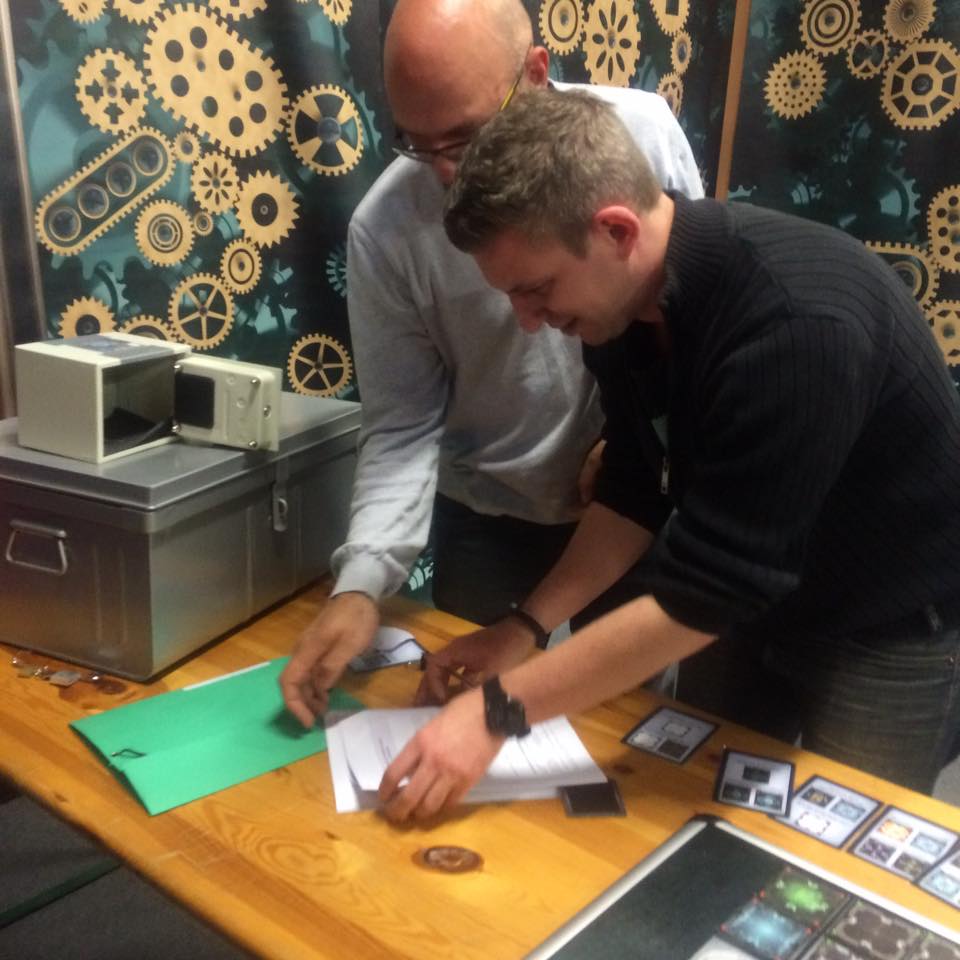 Who is Florian Sirieix ? He is a young professor living near from Montpellier. It’s not his first work on game design.

He already co-designed “Deal Gentlemen Collectionneurs” released in 2014 with “La Donzelle” Editions. He is actually currently working with Bruno Cathala on “Curiosity” planned to be published soon by Bombyx Editions. 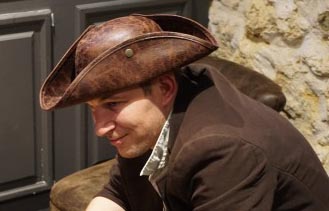 Yesterday, I couldn’t help but overhear Cédric, the Ludonaute’s Captain:

With all his current projects, Florian should better carry on working on Pillaging otherwise I could kick his ass!