Each year, the game industry eagerly waits for the selection of the prestigious German jury. Some publishers secretly expect it, some do not even believe in and others are busy speculating about it.

Why so much interest, so much excitement around this prize? Because, in Germany, the Spiel des Jahres is a reference, as the Prix Goncourt can be in France about books. It si a kind of recommendation every German family can follow to fill up Christmas presents list.

This implies for the rewarded game a huge amount of sales, with no possible comparison with the « normal » sales. 300 000 copies sold can be expected…

But the prize is also know world-wide, more than any other game rewards.

The prize exists since 1979. As the game market changes, it evolves along the years, rewarding the best game and the most beautiful game, then the best cooperative game or the dexterity game.

There is also a award for the Children game (Kinderspiel – blue Token), given by another jury, during a different ceremony.

The Spiel des Jahres  rewarded extraordinary board games, through years. Among them: 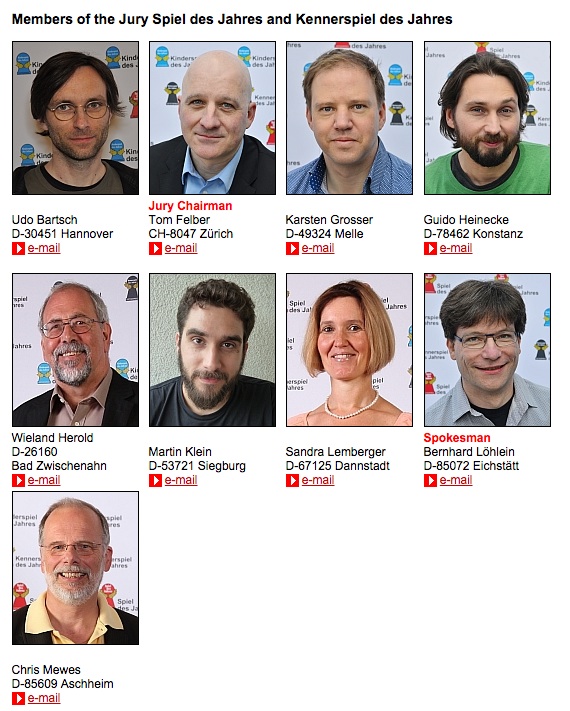 The Spiel des Jahres jury consists solely of journalists who specialize in game reviews, have worked for extended periods for newspapers, magazines. The selection criteria are the game idea, the game rules and the presentation.

Thus Colt Express is a nominne for the Red Token, Spiel des Jahres 2015. Beside it, two other games: Machi Koro  published by Kosmos and The Game published by NSV. 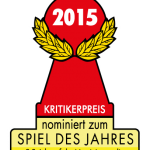 The winner will be known on the Monday 6th of July in Berlin. I may as well tell you that the upcoming weeks will be long.

Whatever the result is, this nomination is for us (and for Christophe and Jordi) an amazing adventure. It makes us measure the progress made since 2010 and our first game Offering. We are proud of it and we hope that it will go on as long as possible.

We count on your support until July. And if… Colt Express becomes the Spiel des Jahres… Such happiness!!!