Last Thursday, on the 26th of February 2015, the As d’Or reward ceremony took place in Cannes with more than 300 professional attendees. This is the most important French reward for games. Four prizes were allotted by the jury: 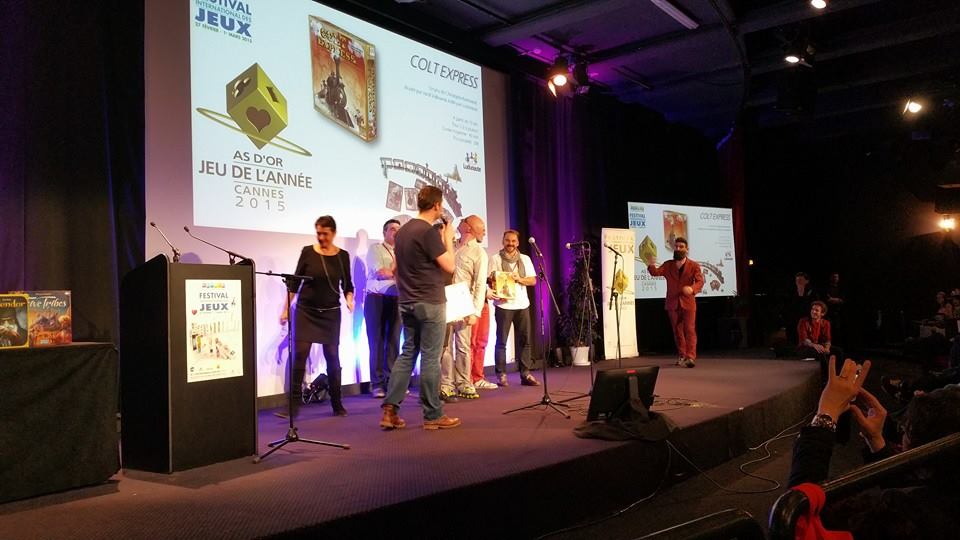 We felt very moved by the hearty applause when we came on the stage. Christophe Raimbault (the designer) and Jordi Valbuena (the artist) were by our side to receive the prize that rewards our team’s work. We, Ludonaute, are thankful to the jury for the acknowledgement of our commitment and our passion. 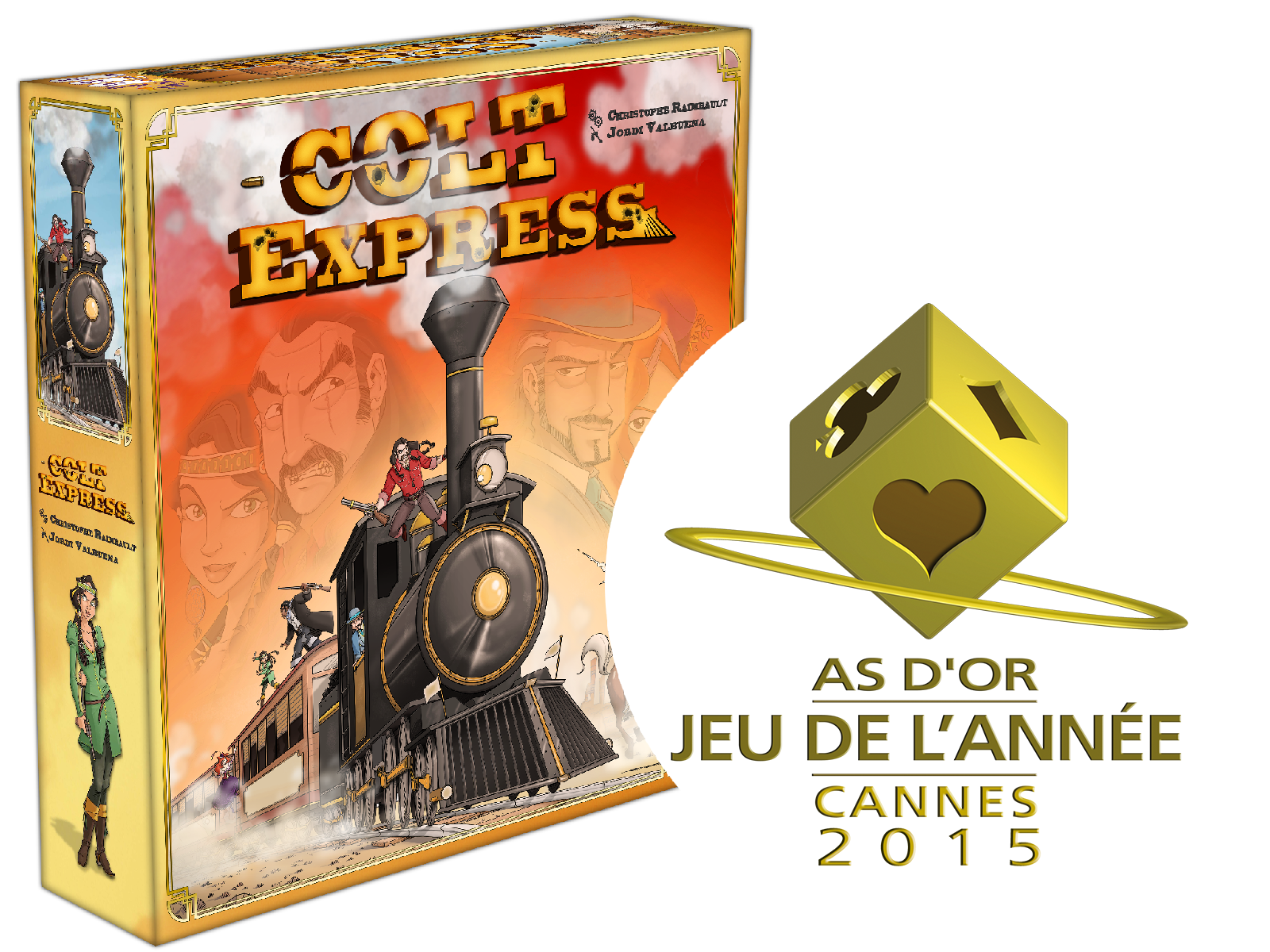 You can watch the ceremony here:

What is going on now?

We are honored to get this reward and we have to make it valuable.

In France, we’ll see in the next few months if there is an the impact on the sales.

Colt Express will benefit more visibility in the media. It is already distributed in more than 15 countries world wide.